The below Grey Faction petition gained over 1500 signatures. Reply from the California Department of Consumer Affairs Board of Psychology is still pending.

We the undersigned respectfully request that the authority of your office is brought to bear to examine egregious failings in the California Board of Psychology Licensure that allows the propagation of unscientific, discredited, and patently delusional ideas to the detriment of mental health care consumers, arguably contributing to a recent high-profile death of an 8-year old child by the name of Jude Michael Mirra. 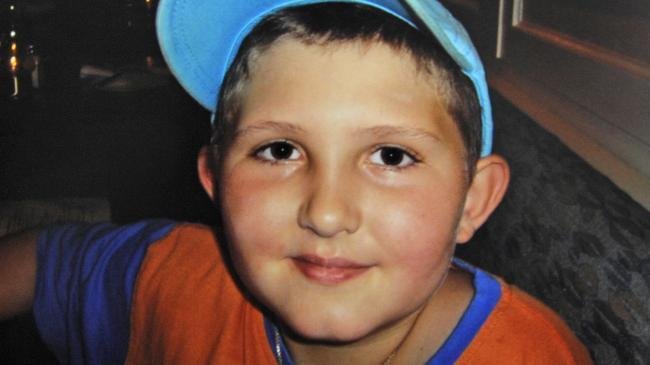 In 2008, Gigi Jordan, mother of Jude Michael Mirra, retained the services of CA licensed Psychologist, Ellen Lacter, to evaluate and help her son, Jude. Jude was severely autistic. By 2010, Ms. Jordan murdered Jude by way of forced pill overdose, under the delusion that she was preserving him from future tortures he was to suffer at the hands of Satanic cult conspiracy. It hardly seems credible that it could merely be a coincidence that Ellen Lacter shares with Ms. Jordan a delusional belief in a conspiracy theory of Satanic cult abuse practices and secretive Government Mind-Control programs. In fact, we contend that much of the content on Ellen Lacter’s own professional website (www.endritualabuse.org) is so evidently delusional, irrational, and bizarre, that only a failing of oversight could allow her licensure to remain unexamined and intact.
For example, in an interview, Ellen Lacter contends, with no supporting evidence, that “that there are a number of different organized groups that all have the agenda of ruling the world. There’s the Satanic network, and I don’t believe that that is all networked, there’s the witchcraft network,” etc. [1]
Ellen Lacter claims to believe that these cults revel in infant sacrifice, sometimes going after babies that are in utero to satiate their bloodlust: “[…] they’ll force the delivery early so seven or eight months gestation and that baby will be sacrificed and then that person will be programmed [by way of mind-control] to believe that she just had a miscarriage,” and, “a lot of the children who are sacrificed in rituals are brought in from third world countries.” [2]
Ellen Lacter displays a high level of paranoid delusion stating, “Most of the perpetrators of the most organized abuse never get arrested and they raise their kids to have jobs in law enforcement. They raise their kids to have jobs in child protective services and the District Attorney’s offices, etc. So they have their own network established in the institutions to erase records to disbelieve these reports. They have a very organized never-let-it-come-out campaign.” [3] The media has been infiltrated as well: “The most organized groups have raised some of their children to be reporters who definitely write articles saying none of this is true, these therapists are crazy, these survivors are victims of their therapists putting memories in their minds. So the media is very influential and is one of their main ways of keeping the truth from being exposed.” [4]
These are indicative of common claims made by Ellen Lacter, and even the most cursory research into her writings and statements will turn up much more.
Clearly, Ms. Lacter is speaking of a criminal conspiracy of enormous magnitude, presenting only one of two options:

And while we feel that Ms. Lacter’s apparent paranoid delusions are enough to request the Department of Consumer Affairs to investigate the competence surrounding her licensure oversight, it is worth mentioning the gross incompetence displayed in any medical professional who may have accepted Jude’s “self reports”, derived, as they were, by the debunked method of “facilitated communication.” [6]
The 2015 book of Laws and Regulations issued by the Department of Consumer Affairs Board of Psychology states, in relevant part:
ARTICLE 12.5

Whenever it appears that any person holding a license, certificate or permit under this division or under any initiative act referred to in this division may be unable to practice his or her profession safely because the licentiate’s ability to practice is impaired due to mental illness, or physical illness affecting competency, the licensing agency may order the licentiate to be examined by one or more physicians and surgeons or psychologists designated by the agency. The report of the examiners shall be made available to the licentiate and may be received as direct evidence in proceedings conducted pursuant to Section 822.

Added Stats 1982 ch 1183 § 1. Amended Stats 1989 ch 1104 § 1.7.
If found to be mentally incompetent, the Laws and Regulations state, the Health Care professional’s license may be suspended or revoked.
We request that Ms. Lacter’s possible cultivation of Gigi Jordan’s filicidal delusions be investigated for suspicion of gross incompetence — if not abetment of murder — and that her mental competence be professionally evaluated. We are not interested in the testimony of Ms. Lacter’s current or past clientele, as it seems a common element of conspiracism that the imagined revelation of an overarching delusional truth-claim can be believed as “freeing” or “healing”, even while placing one in a subjective universe of suspicion, crippling fear, and hopeless withdraw from reality.
Again, Ms. Lacter’s own professional materials are, in our opinion, self-evidently indicative of mental illness and her incompetence as a mental health care professional insofar as her ability to act as an arbiter of rational truth claims are concerned. It is our opinion that evidence strongly suggests that Ms. Lacter’s mental illness contributed to the murder of an eight year-old child, Jude Michael Miira. We further contend that the very public nature of Ms. Lacter’s delusional claims call into question the competence of the oversight processes that continue to allow her licensure.
(Completed petition is to be sent by hard-copy to the California Department Board of Consumer Affairs with appendixes including: a full written report regarding the death of Jude Michael Miira, Court documents related to the conviction of Gigi Jordan, Ellen Lacter’s Suspected Child Abuse report submitted on behalf of Gigi Jordan to California officials)