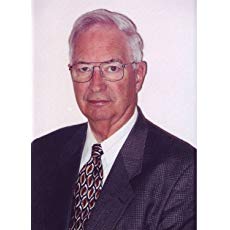 Winner of ISSTD’s “Cornelia B. Wilbur Award” in 1995. Famously evaluated and diagnosed serial killer Ken Bianchi with multiple personality disorder, of which Bianchi later admitted to be faking and proved by other mental health professionals to not have.

From Time Magazine’s coverage of the Bianchi case and the discredited Multiple Personality diagnosis, Jan 1980, Was it Hypnosis or Hype?

Did Bianchi act cold-bloodedly? Or was he the victim of a Jekyll-and-Hyde dual personality? Psychologist John Watkins, recommended by the defense, put Bian chi under hypnosis and elicited a confession from a sneering Mr. Hyde character who called himself “Steve Walker.” But the mystery of Bianchi’s supposed multiple personality became irrelevant when he avoided the death sentence by pleading guilty and agreeing to testify against his cousin and alleged accomplice, Angelo Buono. That plea rendered Bianchi competent in the eyes of the law. It also earned him six concurrent and two consecutive life sentences. Now a Los Angeles TV station has aired excerpts of video-taped sessions with Bianchi, involving Watkins and five psychiatrists (the judge picked all the experts, including two nominated by the defense, two by the prosecution). What the tapes made clear is that the shrinks were, as usual, divided. Two believed that Bianchi did indeed have multiple personality, two were certain that he was lying, and two could not be sure. That raised further questions not only about Bianchi but about the role that psychiatrists should play in the court room.

In one of the tapes, Bianchi, under hypnosis, revealed his painful childhood: his adoptive mother, alternately seductive and sadistic, punished him by holding his hand over the stove, physically beating him and forcing him, at age 14, to pray over his dead adoptive father’s body for a week as it lay in its coffin. Watkins feels that such experiences made Bianchi a multiple personality. So does psychiatrist Ralph Allison, who says he has studied some 50 multiple personality cases. We asked how he knew he had found the “Steve” personality in Bianchi, Allison said simply, “I met him.”