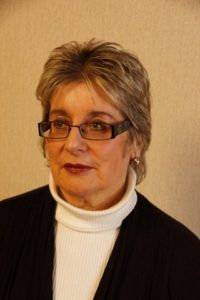 Why Sandra Fecht Is On Our Radar

Sandra Fecht is a Counselor who has been practicing in Orillia, Canada, since 1986. Her philosophy centers on the idea that people are multi-level beings, meaning psychological issues can stem from one or more of many spiritual and energetic fields at different levels of a person’s being. Her methods of healing range from traditional counseling to more controversial methods, include energy work, reiki, holistic healing, indigenous methods, and lost memory recovery.

Ms. Fecht didn’t always practice in this way, however. She states that her career started in traditional therapy, evolving when multiple clients began speaking of ritualistic abuse and reptilians. Skeptical at first, Fecht was soon swayed by these stories. During an interview with The Cosmic Switchboard in March 2007 she says, “I’ve come up with 5 or 6 convincers for myself; If I’ve had the experience, if several of my clients are reporting the same event, if it’s in the Bible, if it’s scientifically proven, or if it’s in First Nations’ folklore, then you’ve got to believe it.” Her final “convincer” came when she brought such stories to the police, after which her building was painted with what she claims to be Satanic symbols, and her police files all disappeared.

She did not allow this to deter her, though, continuing headlong into a world of conspiracy. She has written a best-selling book called Ready, Aim, Inspire!, with the aim to reveal the readers’ highest self. More than one former client and victim of SRA have turned colleague to Fecht and are now practicing counselors using her methods to uncover other victims of SRA and other institutions such as the Illuminati and extraterrestrials. Naturally, she has gained a wide base of critics for her uncouth methods and conspiracy theories.

In 2017 Fecht agreed to a settlement with the College of Registered Psychotherapists and Registered Mental Health Therapists of Ontario. The settlement states that Fecht applied for a certificate of registration, which must have been denied as she is not currently a member of the College or of any regulated health profession in Ontario. The College states that beliefs about SRA and reptilians should not be suggested to clients, and that Fecht is not to treat her clients by prayer or spiritual means or discuss SRA and reptilians when providing therapy services. She is also not to use any title that may suggest she is a registered mental health professional. Despite this and other criticism, Fecht still speaks openly about rampant Satanic Ritual Abuse, as well as the influence of the Illuminati, reptilian race, and extraterrestrials around the globe. Many video and audio interviews can be found online. She remains active in providing counseling services through her private practice.

Sandra Fecht's wisdom on the topic of Satanic Ritual Abuse, from her interview with Dave Staffen, and Fran Toews for James Bartley’s “The Cosmic Switchboard.” March 24, 2007:

Sandra Fecht's thoughts on reptilians and ETs from her interview with James Bartley for "The Cosmic Switchboard" April 8, 2018: