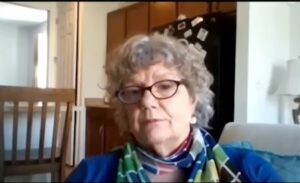 Renee Fredrickson begins her frequently cited 1992 book, Repressed Memories: A Journey to Recovery from Sexual Abuse with an account of how her desire to heal clients with repressed memories came about during a number of therapy workshops in which clients suddenly experienced memories of family and community members abusing them sexually. At first, she claims she was deeply suspicious, but the skepticism faded quickly when her lectures on the subject not only began to draw large crowds, but began to bring in numerous sales of their recordings. Having delivered two lectures on a subject she admits she knew little about, Fredrickson stated, “Finally, I realized the size of the problem. Millions of people have blocked out frightening episodes of abuse, years of their life, or their entire childhood.” After making this unsupported claim, Fredrickson began to listen to her clients with focused attention to the possibility of buried memories.

Fredrickson’s work seems to be a cautionary tale of extreme confirmation bias and its impact. Her book contains a checklist of sixty-three symptoms “that many survivors of buried memories have experienced.” The language is careful, almost coy, and Fredrickson mentions that “no single item is a certain indicator of repressed memories.” Though she makes an attempt at disclaimer, the list that follows is so broad that nearly anyone experiencing any kind of mental illness or emotional distress is likely to have several of the symptoms. She asserts that there is the possibility of repressed memories if one likes sex too much or too little, if a person is overweight or underweight, if someone experiences nightmares, daydreams, or insomnia, is a risk-taker, has a sensitive gag reflex, dislikes basements, dislikes the gynecologist, or likes anything quirky.

In 1997, a client filed a malpractice suit against Fredrickson, as well as a complaint with Minnesota Board of Psychology. The lawsuit settled for $175,000. The complaint would enter into the public record a number of disturbing details about both Fredrickson’s practice and the impact her increasingly bizarre personal beliefs had on her clients.

According to the Minnesota Board of Psychology, Fredrickson began her practice in 1977, providing individual, marital, and group therapy with clients of all ages, including infants and preschoolers. Beginning in 1994, the board states that Fredrickson began “to demonstrate a number of practice deficiencies.” The Board’s Complaint Resolution Committee, in the stipulation and consent order signed by Fredrickson, lists more than eighty points of fact that detail the problems with her practice. The narrative that emerges is outlandish.

While Fredrickson’s professional practice was alarming, her “signs of possible mental dysfunction” were shocking. In 1996, she began making reports to the St. Paul Police Department of stalking incidents that she attributed to cult members, including her clients’ parents.

Police reports noted that there was no evidence to substantiate these complaints.

As a result of these facts, the Board recommended restrictions on Fredrickson’s license. To retain her professional license, Fredrickson was required to undergo a psychiatric evaluation, comply with her own therapist’s treatment plan and submit their reports to the Board, complete continuing education including a course on boundaries, and to pay a $15,000 fine. Fredrickson was also restricted from providing any form of hypnosis to clients unless supervision, pending proof of competency.

One permanent restriction was placed upon Renee Fredrickson’s license: she was barred from treating clients or giving consultations to other therapists on anything “related to cult, ritual, or satanic abuse.”

In November of 2002, Fredrickson petitioned for the removal of the conditions placed on her license. Save for the restrictions regarding hypnosis and satanic ritual abuse, she was “granted an unconditional license to practice psychology in the state of Minnesota.”

Part of Fredrickson’s reinstatement as a practicing therapist included undergoing personal therapy, nevertheless her paranoid accusations continued. Her 2007 application to renew her license requested a variance, citing her reason as “fifteen years of stalking, harassment, assaults, burglary, [and] vandalism came to a head in the last year along with mail theft, all of which placed the petitioner in a time bind.” In 2011, a blog post published under her name details further “stalking” and “gaslighting,” giving the example of someone placing small amounts of dirt on her floor. In 2014, at the International Conference & Summit on Violence, Abuse & Trauma (IVAT), she spoke, making claims that she was being stalked by members of the False Memory Syndrome Foundation (FMSF), alleging connections with global sex trafficking.

Though Renee Fredrickson is no longer a practicing therapist in Minnesota due to her expired license, her latest work, Trauma-Informed Care for Infant and Early Childhood Abuse, was published in 2019.

"The unconscious will tend to exaggerate to get your attention."

"Also, there's fantasy. And that's why if you have hallucinations or difficulty telling reality from your own fantasies, you need to stay away from this or really have a skilled professional because you can mix that up. You can fantasize. Most people do not, as Freud suggested, fantasize about having sex with their father or mother. That is ridiculous. [...] If that's happened to you, and you're fantasizing about having sex with your father or mother, you might want to take a look at whether or not you were abused by them or whether or not that parent was seductive toward you. So even that's based on something."

"Once we start talking about a memory, we get more pieces. There's this thing on all the cop shows that say, well, maybe it's true for policemen but, you know, once, the longer the time it's been between the time the person was the victim of a crime and when we interview them, the poorer their memory. Well, that's not always true. I mean, I remember things about parties a week later that, like, I haven't talked about-- 'Oh, my gosh, remember when this happened?' And that is really true with repressed memories, that the more you start talking about them, somehow there's a permission for the unconscious. More pieces will come forward."

"Notice your body, how your body's responding to what you're saying, if you're perfectly calm, I mean, I would be a little concerned. Although there are times when a person's really calm, and especially if the therapist gets sleepy, is to ask about drugs. Or alcohol."

“Having a traumatic background is a greater predictor of diabetes than being overweight. It’s more likely to cause diabetes. And there’s that stillness survivors get. When you’re a child, how you fight or hide is to be very, very, very still, and you know people feel paralyzed, and they don’t exercise—‘What do you mean, that’s just terrifying!— and so their body might be overweight, too, simply because they can’t exercise and add that to the trauma. We know—we know that health—if we address trauma, all forms of it, but particularly abuse, if we address all forms of it, at least 60% to 70% of the health problems would not be there.”

NOTE: No source is given for these statistics.

“Dreams are fascinating to me. I had a child book on dreams that was put out and—a wonderful series of books on all kinds of problems children have—and it said, ‘Dreams are always about something that happened to you.’ Well, I believe that—I was just shocked that anyone would put that in print, especially about children, but it’s true! I remember the little picture showed a child at the dentist and then a dream about somebody standing over them with something sharp [Fredrickson makes repeated stabbing gestures], which is—dreams always have their basis in something that happened to you. It might be covered in fantasy and bizarre things, but something that happened to you that’s in that dream and usually can be found by a person who’s good at asking you questions about dreams.”

From Repressed Memories: A Journey to Recover from Sexual Abuse:

“You may experience waves of disbelief after each memory you retrieve. Whether as a phase or waves, the disbelief is usually accompanied by massive self-hate and guilt. ‘How can I even think such a thing? I must really be warped,’ you tell yourself.” (p. 159)

"Of course, we're turning out people who don't know what they're doing. We're teaching each other or getting trained at weekend dog and pony shows."