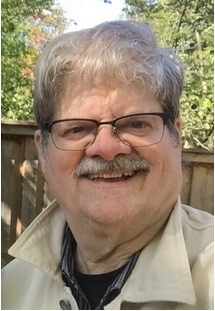 John O’Neil is a psychiatrist who practices in Montreal, Quebec, Canada. John O’Neil has a long history of advocating for the pseudoscientific notion of repressed memories and is quoted and referenced extensively by other conspiracy therapists.

O’Neil’s writings are extensive and lengthy, but in summary his arguments focus on his philosophical interpretations of the controversial idea of multiplicity (one who experiences multiple personalities) and his contempt for Freud’s abandonment of his repression theory and use of hypnosis.

O’Neil collaborates extensively within the study group he co-founded, The Montreal Study Group of Trauma and Dissociation (MSGTD). He receives referrals to his private psychiatry practise from a network of Montreal-based therapists, including his wife Su Baker, all of whom are also members of the International Society for the Study of Trauma and Dissociation (ISSTD). By his own admission -- “for the past 10 years all of my psychotherapeutic patients have been hypnopathic (dissociative or complex post-traumatic)” -- he has focused solely on the diagnosis of Dissociative Identity Disorder and other dissociative disorders for the last decade, leading one to wonder how perhaps this insular and controversial caseload may have warped his duty to objectivity and rationality in the following points.

In a court case, O’Neil testified or agreed with the following:

Instead, court analysis revealed that:

In His Own Words

“The amnesia in question is autobiographical amnesia—amnesia for prior events, for given intervals of time. Is such amnesia due to repression or dissociation? Some prefer one of the two terms, and call both by that preferred name. In my view, they remain clearly distinct. If a host has amnesia for an event, because the event is “located” in an alter, then the reason for the amnesia is dissociation. But the alter who “owns” the event may likewise be amnestic for the event, and may instead have somatic symptoms arising from the event, exactly in line with Freud’s model of repression and conversion. In that case, I would call the reason for the amnesia “repression.” Hosts are often amnestic for a given traumatic event for both reasons: the memory of the event is dissociated—located in an alter—and simultaneously repressed within that alter.

"Repression and conversion remain serviceable concepts when applied to an individual host or alter. Even if a trauma is dissociated from the host into an alter, it may still be repressed in that alter, in whom a partial somatic flashback may function as a token, index or reminder of what was repressed."