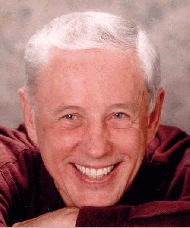 Lawrence Pazder is most famous for co-writing the debunked "non-fiction" book Michelle Remembers. His co-author, Michelle Smith, was initially his patient and eventually became his wife. After the release of this best-selling book, Pazder became widely regarded as an expert on "Satanic Ritual Abuse" and appeared in interviews, mental health conferences, talk shows, magazine articles, and even court cases.

On September 1, 1980, the world got its first glimpse into what would mark the beginning of the Satanic Panic era. People Magazine wrote an article titled “A Canadian Woman's Bizarre Childhood Memories of Satan Shock Shrinks and Priests“ giving a brief synopsis of the book Michelle Remembers. After stating that Pazder was dealing with financial hardship due to the time devoted to Smith’s case, the article says they are interested in making a movie, and also discusses their picks of a movie cast.

“...they would like to see Christopher Plummer as the Satanist priest and Dustin Hoffman as Pazder. Michelle hopes someday to put the whole Satanic period behind her—although she is planning a coast-to-coast publicity tour for her book first.”

The following month on October 27, 1980, after a month long book tour in the United States, Mclean’s also published an article on the release of their book, titled “Things That Go Bump In Victoria”. Paul Gresco, the writer of the article, brings to light some interesting information regarding people who knew Michelle before the book was published.

“Smith’s relatives and family friends were surfacing to question key facts and reveal interesting omissions in her story. Her mother died of cancer in 1964, but her estranged father (who prefers to remain anonymous, as he is in the book) denies that his wife was ever involved in anything satanic and told Maclean's: ‘I can refute the whole bloody thing right down the line.’”

Michelle Smith was first treated for depression in 1973 by Lawrence Pazder. Three years later in 1976, she returned for therapy after three miscarriages. According to the book, during the beginning of her therapy, Smith talks about having the need to tell Pazder “something,” but does not quite know what it is. This results in a session where Smith has a bout of 25 minutes of continuous screaming, and ends up speaking in the voice of her five year old self. Pazder goes on to use hypnosis to help Smith “recover” memories of Satanic ritual abuse.

In the book, Smith first remembers a man named Malachi, a recurring character that has scary eyes and “points” her body in the cardinal directions in the air. This “pointing ritual” happens several times throughout the book. She tells the story of riding in the car with Malachi and a dead woman in the front seat, only to have Malachi jump out of the moving vehicle and send the car off of a rock embankment, crashing into a rock wall. Later, Smith is taken to a graveyard where she is put into a grave, only later to create a scene in which Smith seems to be “re-birthed” by a woman who is not her mother, by crawling out from between her legs. 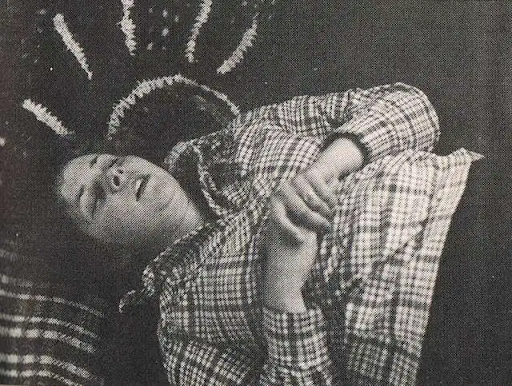 There are several other rituals and scenes described in the book, including cutting open and dismembering dead babies; someone who dismembers people and sews mis-matching pieces back together, using electrical wires to reanimate them; someone sewing horns to her head and a tail to her spine; and placing Smith inside of a white statue that is filled with snakes and bugs.

Throughout the book, Smith makes requests to see Bishop Remi De Roo of the Catholic diocese of Victoria before she is about to reveal something “big.” She receives blessings from him, and even has him speak the words of an exorcism over her. In 1978, it was arranged for Michelle to meet Cardinal Sergio Pignedoli, the head of the Secretariat for Non-Christians at the Vatican.

In one of her later sessions, Smith recites a rhyme in a deep voice. She then starts speaking French in her own voice. She has a hard time “coming up” out of her therapy, and Pazder uses a prayer to bring her out. When questioned by Pazder, Smith states that she does not know French. She claims that the deep voice she was using was not her own voice, but the voice of something that came out of a fire that could shoot fire out of its fingertips, and wrapped its tail around her neck (in which they drew the conclusion that her body was “remembering” this trauma, and was the cause for a rash on her neck).. In her recollection, a man in white and his mother came to her to calm her down and ease her fears. It turns out this was the Devil, Jesus, and the Virgin Mary. 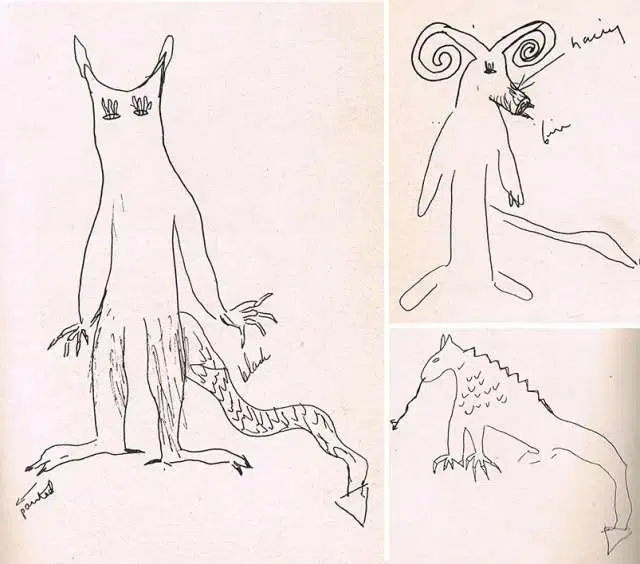 Ultimately, the 81 day long torture ends with Jesus and the Virgin Mary giving Smith the strength to fight and defeat the Devil during “The Feast of the Beast” ceremony. It took Smith fourteen months (over 600 hours of therapy) to come to the end of her story, in which she ultimately goes back to live with her mother, forgetting the whole ordeal until 22 years later.

As the Mclean’s article reported, Michelle Remembers brought Pazder $342,000 in rights. Not only did Pazder publish a best-selling book, but he was now seen as an expert in these types of cases that were suddenly happening at an alarming rate. Robert Hicks of the U.S. Justice Department stated “Before Michelle Remembers there were no Satanic prosecutions involving children. Now the myth is everywhere.” Pazder actually coined the term “Satanic Ritual Abuse” in a presentation to the American Psychiatric Association in 1980. He also spoke in front of police agencies in the late 1980’s about Satanic ritual abuse, and participated in the first national seminar for law enforcement introducing Satanic ritual abuse that took place September 9-12, 1986. Pazder was a consultant in the infamous McMartin Preschool trials, and by 1990, had consulted on more than 1,000 cases allegedly involving Satanic ritual abuse. 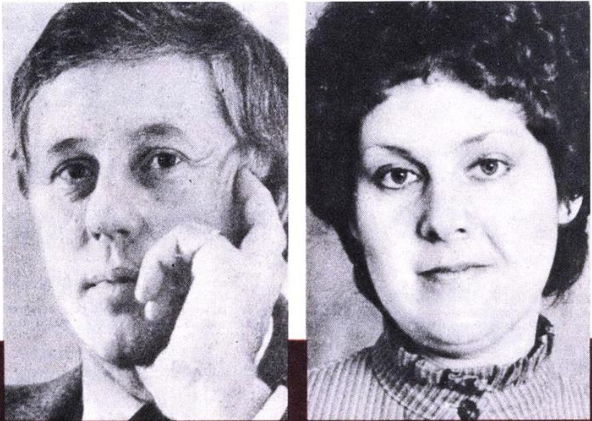 Regardless of their success, there were still people who doubted the credibility of Smith and Pazder. Multiple organizations and journalists started to look into the facts. It was found that Smith was the daughter of Jack and Virginia Proby. In this article, Smith’s father gave specific examples:

The first witness is Michelle’s father, Jack Proby. Mr Proby, now 74, admits he was not the perfect father, and it was a difficult marriage. But he is outraged at what Michelle and her psychiatrist have done to the memory of his wife, who died in 1963.
“It was the worst pack of lies a little girl could ever make up. The book took me four months to read, and I cried all the time. I kept saying to myself: ’Dear God, how could anyone do this to their dead mother?’

“There never was a woman on this earth who worked harder for her daughters. There was no hanky panky or devil-worshipping.”

“I asked my lawyer if I could sue them. He said I would win, but it would cost me $5,000. So instead I took out a Notice of Intent against their publisher, which meant if they ever went beyond a literary contract I would sue. That meant they couldn’t get their movie deal.”

Book: Michelle said she had no religious upbringing.

Father: “She went to church every Sunday with her mother and sisters. The three of them were confirmed together.”

Book: Michelle said she was twice poisoned during Satanic rites.

Father: “She was treated for poisoning, but it had nothing to do with devil-worship. Once she drank turps and paint mixture while I was cleaning my brushes. Another time she ate shoe polish.”

Book: Michelle describes a horrible car accident which was re-lived by the devil-worshippers in which Satan himself appears.

Father: “What I do recall was us once coming across a fatal crash in our car. We saw two cars smashed together, and a woman lying in the road bleeding to death. Her intestines were hanging out, and it was a horrible sight. Michelle started to scream, and we could not stop her for ages.”

Mr. Proby’s testimony is backed by several independent witnesses. Dr. Andrew Gillespie, the family doctor, said: “I believe it was something she pictured in a lot of conversations with Dr. Pazder and an over-active imagination.”

In the Preface of Michelle Remembers, Bishop Remi de Roo wrote in caution:

“I do not question that for Michelle the experience was real. In time we will know how much of it can be validated. It will require prolonged and careful study. In such mysterious matters hasty conclusions could prove unwise.”

“He wants to distance himself from these people. More than ten years ago he asked the couple to provide him with details, but they never supplied all the information he required.”

During the fourteen month therapy session, Pazder tried to obtain Smith’s medical records as proof that these events occurred. It was found that she likely banged a tooth as a child, in response to one of her claims that her teeth had been pulled during torture, and that the rash on her neck thought to be caused by the tail of Satan, was caused by a reaction to a toxic weed and using Lifebuoy soap. The medical information is included in the appendix of Michelle Remembers, and provides no definitive answers. This article also provides a great summary of a piece written by Kerr Cuhulain, that simply points out the logical fallacy of the books claims.

“A 2002 article by Kerr Cuhulain not only explored the inconsistencies in Smith's allegations, but also their unlikeliness. Among other things, Cuhulain noted that it seemed unlikely that a sophisticated cult that had secretly existed for generations could be outwitted by a five-year-old; that the cult could hold rituals in the Ross Bay Cemetery unnoticed given that Smith claimed she was screaming and given that the Ross Bay Cemetery is surrounded on three sides by residential neighborhoods; that an 81-day non-stop ceremony involving hundreds of participants and a massive round room could have gone on in Victoria unnoticed; and that none of Smith's tormentors (other than her mother) have ever been identified, especially given that some of them had cut off one of their middle fingers at the Black Mass. He also notes that during the alleged 81-day ritual, Michelle was confirmed to be attending school, with no remarkable absences and no apparent signs that she was being abused.”

Michael Hill of The Institute for Psychological Therapies looked into the validity of Smith being held captive for 81 days.

“However, there has been no verification of these events, and it has been discovered that the alleged victim was attending school regularly, and was even photographed for the school yearbook, at a time when she was supposedly locked in a basement for months.”

"The Wiccan Information Network and other groups found that much of the book content was ultimately derived from Dr. Pazder's (1936 - 2004) personal studies of African native rituals, rather than from Michelle's memories. When the accuracy of his book was questioned during a seminar, Dr. Pazder allegedly stated that he and Michelle had never claimed that the events in the book actually happened. He has more recently promoted 'Sadistic Ritual Abuse' as the new definition of SRA. He allegedly believes that no massive Satanic conspiracy exists. He has been reported as believing that recovered memories of SRA during childhood are often based on real memories of incest to which a false overlay of Satanic ritual has been added."

Although Pazder and Smith were married to others when her therapy started in 1976, they divorced their spouses and married each other around the time of her therapy. Pazder continued to practice, and Smith became his secretary. Pazder died in 2004 of a heart attack.