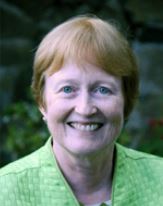 Why She's On Our Radar:

She has taught at the Esalen Institute, a retreat site who’s webpage reads like a new-age cult advertisement. Indeed, she talks a lot about “energy healing” and has published a book, “Finding the Energy to Heal'' detailing these topics. Her energy healing repertoire includes the likes of Somatic Experiencing which involves such things as “medical biophysics.”

Phillips is a Fellow at the International Society for the Study of Dissociation, the epicenter of the ongoing Satanic Panic in mental health, and has written books about the topic, notably “Healing the Divided Self.” She often attributes the onset of DID to childhood trauma including ritual abuse scenarios. She says that some of these personality alters can only be accessed via hypnosis. She is a proponent of Emotional Freedom Technique (EFT), a “therapy” that uses acupressure points on the body to clear disruptions in the body’s “energy system”; Thought Field Therapy (TFT), the belief that the body consists of energy fields and imbalances in these fields can be corrected by finger tapping specific energy points in certain sequences in order to restore an individual’s health.

These are excerpts from her book “Healing the Divided Self.”

“He (Janet, 1907) clearly described aspects of personality that had patterns of feeling and cognition, and which, unlike the alters of the patient with multiple personality disorder, could only be activated by hypnosis. This was very much like Jung's concept of the "complex" (Jung, 1969). One early clinician, the experimental and clinical psychologist Alfred Binet (1977a, 1977b) conducted a number of fascinating experiments in the field of hypnosis. Some of them had to do with the experimental creation of alter personalities. In a significant experiment with a highly hypnotizable subject he demonstrated that the subject could respond to visual stimuli without even being aware of them on a conscious level.” [Source]

“Clues to the presence of dissociative disorders and ego-state problems include amnesia for significant portions of childhood, childhood recollections of trauma or information from family members that such trauma occurred, and a history of marked changes in behavior during childhood. Patients who are highly responsive to hypnosis should always be screened for dissociative symptoms [...] Sometimes using the language of poetry and metaphor to describe symptoms (Frederick, 1993) for example, using terms such as "pools of sadness" or "wellings" to describe depressive symptoms is suggestive of dissociative problems. Intrusive behaviors such as muscular jerking or trembling, tics, spasms, tightness, a loss of motor power, or minimal voice changes should alert the therapist to the possibility of a dissociative disorder.” [Source]