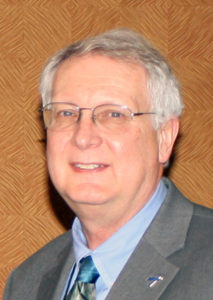 (Photo from the Academy of Violence and Abuse)

From the Grey Faction report regarding the ISSTD and the death of Jude Mirra:

During the 2014 trial of Gigi Jordan for the murder of Jude, prosecutors pointed to the extreme unlikelihood that an 8-year old boy (much less an autistic boy with communication deficiencies) could possibly possess the vocabulary and spelling abilities that were present in his alleged communiques; words like “aggressively” and “sadistic”. [31]

There was, in fact, no question at all that “Jude’s” statements, including the narrative of victimization at the hands of a Satanic cult conspiracy, were derived from Facilitated Communication. Nonetheless, an expert witness for the defense, Frank Putnam, MD, a Professor of Pediatrics and Child Psychiatry from Cincinnati Children’s Hospital Medical Center, University of Cincinnati College of Medicine, submitted an Expert Witness Report to Jordan’s counsel that directly contradicted the established facts. According to Putnam, “There are a number of statements in therapists’ records and affidavits attesting to the witnessing of Jude’sindependent use of a texting device to communicate with others.” [32][Emphasis added]

In an appearance on the Dr. Phil Show, Putnam went further. “Jude was able to communicate what had happened to him using the texting. I’ve seen this kind of texting with a number of children now. I’m quite struck. Even though they may not be able to speak and many people assume they must be in some ways mentally retarded or challenged that they often can text at very high levels of language.” [33]

But what exactly is Putnam talking about? What does he mean when he refers to “this kind of texting”? Is he referring to “facilitated” texting and, if so, why does he claim Jude could text independently? And why is it that Putnam failed to mention the element of Facilitated Communication at all? Does he deny that FC was being used at all, or is he claiming that there were occasional instances of independent texting?

I asked Dr. Putnam some time ago, via email, if he could elaborate upon his comments related to Jude’s alleged independent typing, but he never replied. I also posed another poignant line of inquiry within the same email asking if he didn’t feel that Ms. Jordan’s “perception that her son was being abused by a Satanic conspiracy helped motivate her to kill him?” And, if so, “would it not be accurate to say that a medical professional who failed to realize and relay to Ms. Jordan that her perception of her communication with her son was inaccurate (and thus allowed her to create a delusion of Satanic abuse allegations) is complicit (by way of incompetence) in the murder itself?”

Of course, Putnam could only be considered something of an accessory after the fact, as he provided his mystifying analysis of Jude’s alleged communications after the murder took place. But, if Putnam was looking to obfuscate the facts of the crime, he was likely at least as motivated to defend the diagnosis of DID and its narrative of extreme abuse as he was motivated to keep Jordan out of prison. In his report, Putnam describes himself as an “authority on child and adolescent dissociative disorders,” and under “professional organizations” on his CV, we see listed the ISSTD. Putnam was the ISSTD’s recipient of their annual Cornelia Wilbur award in 1990 “for outstanding clinical contributions to the treatment of dissociative disorders.” (Cornelia Wilbur was the psychiatrist who we now know conspired to manufacture a false narrative of Multiple Personality Disorder for her famed client known as “Sybil”.) [34] In 2013, Putnam was recipient of the ISSTD’s “Lifetime Achievement Award.”

With no physical medical evidence to support the claims of Jude’s sadistic sufferings, Putnam attempted to match the self-reports allegedly typed by Jude to possible psychological symptoms of traumatic abuse. This necessitated that Putnam both reject Jude’s diagnosis of autism — attributing his cognitive difficulties instead to psychological trauma — and accepting the alleged self-reports attributed to Jude as legitimate communications from the boy. In rejecting the autism diagnosis, Putnam pointed to atypical features in Jude’s autism symptoms concluding, “it is highly probable that some of Jude’s unexplained and unusual medical problems were unrecognized injuries from physical and sexual abuse.” However, as another doctor noted, in recognition of Jude’s positive response to steroid treatments, “most cases of autism are not immune-mediated. There are however, rare cases of autism, variants of autism that are immune-mediated.” [35] Jude, it seemed, was one of those cases, nor could any idiosyncrasies in Jude’s symptoms change the unlikelihood that he’d suffered the tortures claimed, for which he remained physically un-scarred.

Apparently desperate for at least the appearance of some type of physical corroboration to support the extreme abuse claims, Putnam embarrassingly noted dental abscesses Jude had received treatment for in 2004, stating that they “could well have been the result of being made to eat feces, an abuse Jude that [sic] reported to several individuals […]”