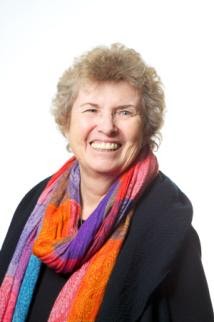 Professional affiliations (past and present):

Why Margo Rivera is on our radar

Margo Rivera was active in the height of the Satanic Panic and treated supposed survivors of SRA.  To her credit, Rivera has occasionally since been moved to strike quite reasonable tones on issues such as the existence of a highly orchestrated international intergenerational Satanic cult conspiracy.  With or without Satanic elements, she clearly believes in widespread extreme abuse and that this abuse is responsible for similarly widespread DID and other dissociative phenomena.  She also believes that targeted mind control techniques are being employed by abusers, which fits into the ISSTD’s RAMCOA conspiracy theory of an organized network of sophisticated child abusers complete with people in high places to protect its interests.  Naturally, she believes that traumatic amnesia, either organic or programmed by torture and mind control experts, is a real phenomenon and commonplace in these cases.

Rivera views dissociation and her work through a postmodern lens, free from the rigid bounds of traditional scientific methodology and analysis.  She has also long been focused on issues of gender and sexuality.  The combination of these proclivities leads Rivera to some troubling conclusions and points of view.  One is that a DID patient’s alters can vary along gender and sexuality lines.  This both suggests a particularly simplistic view of DID/alters, and also makes room for the disturbing possibility that her or others might see atypical gender identity or gender fluidity as a sign of DID, leading more people needlessly down that rabbit hole.  Finally, she frequently writes about the plight of ‘multiples’ and survivors of supposed ritual abuse or mind control as a sort of civil rights struggle, particularly when the scientific bona fides of DID and related matters like repressed memory are being called into question.

Rivera trained budding therapist Dale Ault to treat MPD in the late 1980s in Ontario.  Gail MacDonald, an existing client of his suffering from substance-abuse and emotional issues, later wrote that his entire modus operandi changed when he learned about MPD.  Many of his clients suddenly started exhibiting symptoms of MPD.  Gail noted that most of Ault’s patients “got much sicker upon entering therapy.”  For her part, she was treated with hypnosis and guided imagery, told to read Sybil and The Courage to Heal, and would up in the sadly familiar fantasy world of Satanic Ritual Abuse.

In her own words