Analytical Psychotherapist and Director of the Pottergate Centre for Dissociation & Trauma, based in Norwich, UK. 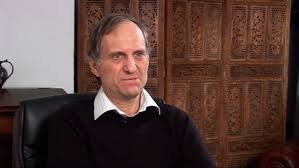 Why He’s on Our Radar:

Remy Aquarone enjoys a cushy position as the director of The Pottergate Centre, a consulting service that trains other clinicians in the art of pseudo-therapy and sucks thousands of dollars out of the NHS and vulnerable individuals every year. Linked to the Pottergate is First Person Plural, a nonprofit that continues to propagate the hoax of Illuminati mind control and Satanic ritual abuse.

The Pottergate serves as a private consulting clinic whereby an individual is sent 2 screening forms and is provided a “suggestion of a diagnosis” by the Pottergate. The patient is sent a report outlining the levels of dissociative symptoms and an indication of the likelihood of them having a dissociative disorder. The patient is then encouraged to pay a £600 fee to the Pottergate for a formal psychiatric evaluation and medical diagnosis in order to “be taken more seriously” and free up more NHS resources only available to those with a formal medical diagnosis.

Katherine Mair notes in Abused by Therapy: How Searching for Childhood Trauma Can Damage Adult Lives (2013) that

The Pottergate Centre for Trauma and Dissociation, in Norwich, uses SCID-D as part of its helpful diagnostic service. They invite anyone wanting to know whether they have a dissociative disorder to contact this centre, which will then send them copies of two self-report questionnaires, the DES and a version of the Somatoform Dissociation Questionnaire (SDQ-20), and score them free of charge. These questionnaires, described in Chapter 4, were each designed to measure different dissociative symptoms. The DES enquires about psychological experiences and the SDQ-20 about physical experiences. If scores of either of the returned questionnaires suggest the presence of a dissociative disorder, the enquirer will be invited to attend the centre so that, for a fee, a full assessment can be made using SCID-D. I know of one woman who was invited for this assessment after getting a borderline score on just one of these two very different questionnaires. What would have been the outcome if she had accepted this invitation? The Pottergate Centre told me that roughly 90% of those who accept its offer of an assessment are found to have a dissociative disorder, and most are referred on for treatment. About 60% of these will have DID, 30% DDNOS and 10% have either depersonalisation disorder or dissociative fugue. They report that they have seen a steady growth in the number of assessments they make over the past seven years. Their use of SCID-D thus seems guaranteed to identify many more trauma survivors and to increase significantly the apparent prevalence of the dissociative disorders within the UK. (p. 52-53)

In 2012, addressing the ETSD, Remy Aquarone lamented the turmoil of spreading pseudo-science and the stress of not being taken seriously by other skeptical clinicians. Addressing his woes, he writes: "Not only do we have to face the expected challenges from working within the field of complex trauma but we still have to deal with the scepticism and negative responses from a significant number of psychiatric professionals regarding the very existence of dissociation."

In 2013, Remy attempts to further distance himself from the Satanic ritual abuse and mind control debacle his peers like Colin Ross have found themselves in, and acknowledges the ongoing decades-long controversy regarding the existence of Satanic ritual abuse, but refuses to denounce it fully, instead stating that it “clearly does” exist.

Meanwhile, in a show of blatant hypocrisy, Remy enjoys professional relationships and collaboration with numerous figures who continue to perpetuate the Satanic Panic.

I would also say that the majority of people with DID that I have known have been involved in some sort of organised abuse.  I call it ‘organised abuse’ rather than ‘ritual abuse’ – but I’m in no way inferring that Satanic Ritual Abuse doesn’t exist, because it clearly does.  But the basis from which I start is that there is a bunch of paedophiles who are finding some way of justifying and allowing themselves to feel alright about what they are doing.  And I think you have to start with something as concrete and raw and clear as that, because otherwise the fighting of Satanic Ritual Abuse can become a cult of its own.  This is where I’ve had numerous discussions and some disagreements with colleagues about it, but I think that it is hard enough to raise the profile and awareness of DID as it is, without putting off both professionals and the public by talking about SRA.  It is unfortunately a public image issue.  And I also think that it can breed a sort of increased hyperarousal, so that both the client and the therapist can end up hyperaroused by the presence or issue of SRA, with a whole language to it that can become cult-like in and of itself.  So that is where I can end up disagreeing with some colleagues in terms of emphasis, but I have no doubt at all that DID is almost always caused by very serious abuse and that many survivors have suffered at the hands of organised groups of paedophiles.

This idea perhaps contributed to Remy Aquarone’s obtrusive involvement in the infamous Operation Midland case. In 2016, Aquarone signed this letter in opposition to the outcome of the case. This is perhaps among the most concerning addition to Remy’s history of perpetuating the idea of underground pedophile rings and SRA.

Operation Midland was a British police investigation into alleged abuse, conducted by the Metropolitan Police in London from November 2014 to March 2016. The operation focused on the investigation of several high-profile British citizens—politicians, military officers and heads of security—over alleged claims of historic child sexual abuse and homicide. The eighteen month operation failed to find sufficient evidence to support the claims, and an inquiry into the police investigation afterwards concluded that the people involved had been falsely accused, leaving them dealing with considerable damage to their lives and reputations.

The Metropolitan Police were forced to make apologies to those that had been accused after the inquiry's findings were reported, including compensating those affected. The disastrous outcome of the operation negatively impacted the Metropolitan Police's reputation in handling abuse cases. The culprit behind the false allegations, Carl Beech, was later investigated for perverting the course of justice, found to have been a pedophile himself, and eventually arrested and charged for his actions. In July 2019, he was found guilty and sentenced to 18 years in prison.

Trauma and abuse evoke powerful feelings. As therapists, psychologists and counsellors we are concerned that the extra anger being aimed at Tom Watson MP, the police and Carl Beech is missing adequate reflection. Tom Watson suggested, in parliament in 2012, that evidence from the paedophile Peter Righton’s conviction pointed to a “powerful paedophile network linked to parliament and No 10.” This was prior to speaking to Beech, and he was right. National figures such as Jimmy Savile and Cyril Smith MP were unmasked as prolific child abusers.

The outcry culminated in the then home secretary, Theresa May, announcing an independent inquiry, and the 2014 pressuring on police to be believing – now rescinded. The scenarios Carl Beech describes, and his complex mixture of untreated victim and perpetrator, are familiar. People need to understand “fantasists” and “liars”. To ignore that subject risks not hearing vulnerable children. Children with dissociative identity disorder from trauma, for example, are often accused of being liars when one state of mind is amnesic to what another has said or done. To be wrongly accused is abuse.

We must provide justice for all, while acknowledging the number of innocent people named is very small compared with the one in 65 survivors who gain justice.

In an astonishing apologetic for Beech, the second paragraph actually suggests that one be open to the possibility that Beech's lies and pedophilia might be a result of his being a "complex mixture of untreated victim and perpetrator.”

Instead, findings confirmed that Beech had made seriously false allegations that had wasted police time – unpublished works of fantasy he had written, showed that Beech was a fantasist who delighted in playing out fantasies of being a victim of violent child abuse, and enjoyed the attention it would bring him with little heed for the consequences and the damage it would cause.

Despite Aquarone's attempts to disentangle himself in 2013 from the mess of controversy his peers propagate, he remains a prominent figure and a major player in the field.

“Often one of the things that therapists can find difficult and professionals can find difficult, is to work with the more aggressive, angry, hostile part of the client. Some clients will come in and say that they are really frightened of and are controlled by this really dark part - nasty, sometimes they call it the devil part, and this can be the abuser part (often the internalised abuser) that makes them do things like cut themselves, or they may be aggressive or threatening or threaten to hurt the professional or can come out of control and destroy things....”