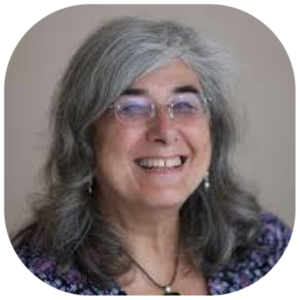 Valerie Sinason was instrumental in spreading the Satanic Panic in the 1990’s in the United Kingdom, and is still a key player today.

In 1992, Sinason treated patient Carol Felstead weekly for eight months alongside Robert Hale. It was believed that Carol received some sort of repressed memory therapy in the late 80’s, and later on sought the help of Sinason and Hale. A letter was written from Sinason to Dr. Frances Raphael stating that Carol was the first Satanic ritual abuse patient she treated (page one | page two) as part of a study in which Sinason and Hale received ￡22,000 in grant money to document their patients experience regarding satanic ritual abuse. The department of health investigator “accused Ms Sinason of being ‘out of her depth’ and unable to produce any hard evidence for her beliefs. ‘It’s depressing to find someone who has a position at leading London hospitals who is so cut off from what research methodology is, and what rational evidence is.’”The final report on this study can be read here.

Carol received the diagnosis of being a victim of Satanic abuse that had begun in her very early childhood, and notes found in her medical records accuse her parents of being a Satanic high priest and priestess. Carol would ultimately commit suicide in June of 2005, after calling her brother and asking to move back home. For a moving account of the life and death of Carol as told by her brother Kevin in 2018, click here.

Sinason went on to establish The Clinic for Dissociative Studies in 1998.

Although most of the United Kingdom now views Satanic Ritual Abuse as a moral panic, and the study done by Jean La Fontaine found no evidence of Satanic Ritual Abuse, Sinason still tries to make claim of it’s prolific existence. For example, In 2002, the Telegraph wrote of Ms. Sinason:

The anti-Satan lobby has also seized opportunistically on isolated crimes. Last September, the torso of a five-year-old black boy was found in the Thames. Valerie Sinason, a psychotherapist at St George’s Hospital in London, told the press that the case bore all the hallmarks of a ritual murder. “Sadly, I do not think this is a one-off,” she said.

Of course she doesn’t. Miss Sinason […] is on the record as saying that Satanists are breeding babies for ritual murder, a practice she described to the Catholic Herald as “an Auschwitz in peacetime”.Until now, not one body has surfaced to corroborate this theory, which explains why the ritual abuse lobby is so eager to claim the Thames torso for Satanism. But this, too, is nonsense. The little boy may have been ritually killed – but by an African witch doctor harvesting body parts for the magical medicine known as muti. It has nothing to do with suburban devil-worship.

Optimistically, however, the author concluded:

Miss Sinason’s claims are so implausible that they are unlikely to win much of an audience this time […] When Miss Sinason announces that she has “clinical evidence” of infanticide and cannibalism, she means that her patients have told her stories about them. The implication is that, because the suffering of these people is real, their “memories” must be accurate.

The Blue Knot Foundation, (Previously known as Adults Surviving Child Abuse ASCA) published ‘The Last Frontier’ practice guidelines in 2012. These guidelines had two key changes: A formal diagnosis of Complex PTSD, which cites Bessel A. van der Kolk, and `Then and now’: The Royal Commission into Institutional Responses to Child Sexual Abuse. The Clinic for Dissociative Studies gave their endorsement, alongside others such as Joan A. Turkus, Adah Sachs, Richard Chefetz, and Lynette Danylchuck.

In 2013, Sinason was again pushing Satanic Panic to a credulous media, attempting to attach Satanism to the Jimmy Savile sexual abuse scandal. As one author pointed out:

We definitely know that Savile is guilty of abuse and used his high position in society to gain access to the most vulnerable. We know this because hundreds of alleged victims and witnesses have come forward, each with similar stories. Out of these hundreds the only sign of “satanic ritual abuse” comes from Dr. Sinason, and she has not provided any evidence for the allegations. Instead they boil down to two stories her patients told her during psychotherapy sessions. Assuming these patients even exist (we’ve heard nothing directly from them), just because somebody supposedly said something in a therapy session does not make it true. Yet sectors of the media have swallowed Sinason’s account hook line and sinker.

The idea of that is someone showing, through their behaviour, that all sorts of things might have happened to them." Signs that a patient has suffered satanically include flinching at green or purple objects, the colours of the high priest and priestess's robes. "And if someone shudders when they enter a room, you know it's not ordinary incest.

Soon, we get to the actual satanism. Sinason talks of a popular ritual in which a child is stitched inside the belly of a dying animal before being 'reborn to satan'. During other celebrations, "people eat faeces, menstrual blood, semen, urine. There's cannibalism." Some groups have doctors performing abortions. 'They give the foetus to the mother and she's made to kill the baby.'

And the cannibalism – that's foetuses?" I clarify.

'Foetuses and bits of bodies.'

'The foetuses are raw.'

'Raw. And handed round like communion. On one major festival, the babies are barbecued. I can still remember one survivor saying how easy it is to pull apart the ribs on a baby. But adults are tougher to eat.'

She describes large gatherings in woodlands and castles, with huge cloths being laid out. 'That's normally when there's a sacrifice,' she notes, 'and because the rapes are happening all over the place. There's a small amount of cannon fodder in terms of runaways, drug addicts, prostitutes and tramps that are used. There's sex with animals. Horses, dogs, goats. Being hanged upside down. In the woods, on a tree.'"

“Whether fortunately or unfortunately, psychotherapists have negligible training in brainwashing, forcing of alien memories or distorted ideas. Military mind control experiments, brainwashing within religious cults and government programmers are not areas of mainstream professional training despite the profound influence such practices have on vulnerable minds. Thus psychotherapists do not have the competence to project states or traumatic narratives into their patients. Mental health professionals also do not have any basic grounding in this subject.” (p 13)

“Sadly the stories are gory and terrifying, accounts of ritual abuse including sex, physical injury, babies being born and murdered, being made to drink blood and more. It quickly becomes apparent that dissociation was the only way to survive and, had they not become multiple, they would have become psychotic.“ (p 10)

“Sadly most people with DID allege abuse within the family context. Their parents were members of a satanist cult and their children were taken along to be used. Some of them were used as "breeders" within the cult, expected to produce babies for sacrifice or to increase the membership of the cult. They will have helped with the torture and exploitation, failing to protect or provide love and support for their children. Most people who manage to survive and escape will be terrified of being taken back. But most will have alters who would willingly go, as they have been programmed to obey and go when they are called.“ (p 11)

On observing a patient, Romola, on invitation of Dr. Margot at London Hospital in 1992.

“He waved at the hospital side room deprecatingly. 'This is where I go for telling the truth. In England. Not Russia, Not America, England.'

'I need the delta de-activated, or I am a vegetable here for life.'

'No wonder you needed help. You are a life-saver,' Dr Margot replied.

I was as surprised by Dr Margot's language as by the man's and had no idea what they were talking about.

'How did you find out about the delta?'

His face suddenly changed, and a metallic robotic sound came from his mouth. 'This is Level 33. You should not be here. Unauthorized personnel. Everyone on this level will be wiped out in ten seconds if you do not give the correct password.'

I looked in terror at Dr Margot, who remained calm. Romola's heart rate was speeding up, and his face was turning blue.

A shy, low voice came out of Romola's mouth and provided the password, a number, and Margot repeated it with great authority.

Romola relaxed, and the blue colour started moving from his face. Another sound came from his lips, which sounded like lift doors closing and opening.

This procedure continued with a stop at different 'levels' until we reached the ground.

Suddenly another sound came from Romola's mouth. This sounded like the voice on a telephone-answering machine. The voice gave out telephone numbers, which Dr Margot wrote down. Then came a man's name, which I had not heard before. There was no affect in the expression of the voice.

Then everything was silent again.

Romola's face changed dramatically. A new beatific expression came over him. He looked at us and said, 'Thank you for coming. I can take over from here. You may watch. I have deleted the name. That man is now safe. He will not be killed.'

'What a beautiful garden,' he said, 'everything is green here.' Suddenly the smile left his face. 'You, here. I should have known it was you, Dr Green. I do not have to obey you any more.'”

“For some, the abuse is embedded in a modern mind-control program, carried out within a political belief system, with technology taking the place of biblical imagery. For others, there is a complex experience of a belief system embedded in the mind control.”

In this chapter, Sinason goes on to talk about mind control topics such as Operation Paperclip, Josef Mengele being known as Dr. Green, Operation BLUEBIRD/ARTICHOKE, and MKULTRA. She also references the research of Colin Ross in this chapter in regards to mind control, programming, etc.

Shattered But Unbroken: Voices of Triumph and Testimony

“In the DID [Dissociative Identity Disorder] field, itself an EP [Emotional Part of the Personality] against the ANP [Apparently Normal Personality] of general trauma work, the situation changes yet again and ritual abuse (and mind control) become the EP.”

“She started tearing up little pieces of white paper and pouring them on to a girl doll's mouth. She would then say "erch!" and get on with another aspect of play. ...After deep consideration, I said very nervously, in words that I knew were familiar to her, ‘You know, that white paper you are tearing up and pouring over the doll reminds me of the white stuff that comes out of a man's penis.’" (p 89)