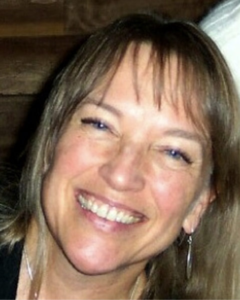 Why Lynnette Danylchuk Is On Our Radar

Lynette Danylchuk’s work includes many references to ritualistic abuse and multiple personality disorder, as well as the benefits of spirituality in treating trauma. In May of 1992 an article written by Danylchuk was published in Survivorship, where she explains that ritual abuse often seeks to provoke intense feelings and reactions in the abused child, and that the child is then punished for displaying the emotions brought forward by the abuse. Over time they learn to dissociate in order to survive. She then goes on to talk about the subsequent Multiple Personality Disorder brought on by such abuse, stating that it is important to discern “who is present and who is absent” as patients often have an “unconscious interrelationship” between alters, and therefore will not always be aware of things that their alters have said or done. One treatment for this includes taping (video or audio) the patient in sessions as they display different alters, and also letting all of the alters draw and write, later seeing each others’ work, so that they can begin to form a co-consciousness. Danylchuk believes that some alters can still be indoctrinated and that these “cult alters” can influence feelings and behavior with thought control. In one instance, Danylchuk states: “When a client has uncovered a memory, warn her or him to expect a backlash of denial and fear,” pointing to her belief and experience with pseudoscientific and harmful recovered memory therapies.

To treat such issues Danylchuk stresses the importance of spirituality. She has used her religious education to work as a hospital chaplain, and has given talks on the relationship between trauma survivors and religion. One such seminar was listed on The Institute For Better Health’s website, entitled Where Was God?  (since removed) This presentation is outlined, with Danylchuk explaining that there is a lack of therapists trained to handle long-term sadistic abuse. She also says that “A positive spiritual connection can mean the difference between life-long disability and healing.”

Under her administration the ISSTD’s Professional Training Program was expanded to South America, Spain, and online. She also helped to create the first phase of the ISSTD’s Certificate Program which will train counselors in the treatment of trauma, PTSD, and dissociation.