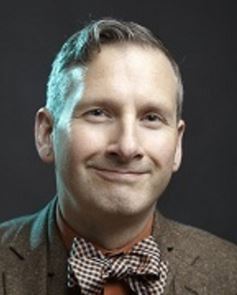 Why He's On Our Radar:

D. Michael Coy began his professional career in Clinical Social Work at the Fourth Presbyterian Church’s Chicago Lights Elam Davies Social Service Center while studying for his masters in the same field at the University of Chicago in 2004. After graduating with an MA in Clinical Social Work, he worked various roles including social work intern, volunteer counselor, and psychotherapist. In 2011 he trained in EMDR therapy at the EMDR Institute, whilst operating his own private practice in Chicago, and has since become an EMDRIA consultant. Eye Movement Desensitization and Reprocessing, or EMDR, is a form of therapy created by Francine Shapiro in the late ‘80s, in which the patient is instructed to recall difficult memories whilst the therapist uses eye movement or tapping in order to desensitise the memories. In 2016, Coy moved his private practice to Seattle to be part of his mentor Sandra Paulsen’s Bainbridge Institute for Integrative Psychology.

In 2018, the ISSTD announced that a site “dedicated to the Multidimensional Inventory of Dissociation has been launched. This website, developed by ISSTD members D. Michael Coy and Jennifer Madere, is a comprehensive and easy to use showcase for this essential assessment tool.” The MID assessment tool was developed by Paul F. Dell, PhD in 2006. According to 2011’s “Guidelines for Treating Dissociative Identity Disorder in Adults, Third Revision,” MID is “a multiscale diagnostic instrument designed to comprehensively assess dissociative phenomena. The MID is a 218-item instrument with 168 dissociation items and 50 validity items. The MID takes 30 to 90 min to complete. The MID and its Excel®-based scoring program (freely available to mental health professionals) generates both scale scores and diagnoses (i.e., DID, DDNOS, PTSD, and severe borderline personality disorder). The MID measures 23 dissociative symptoms and six response sets that serve as validity scales.” Coy and Madere then created the website with a manual on how to use the assessment tool, as well as being available for consultations and training on how to use it. The MID assessment tool can be found here.

In his Psychology Today profile Coy states he specializes in trauma, PTSD, Dissociative Disorders, anxiety, and “treating early (pre-age 3) trauma held in implicit (non-'story like' or visual) memory in an intensive treatment format.” This early trauma intensive treatment sounds a lot like regression by the steps explained in his website, including providing a written narrative of your life detailing your relationship with parents and other family members.

Coy remains working full time at his private practice in Seattle. He continues to develop the MID website as well as serving as an MID consultant, and still occupies various positions at ISSTD.

[These are all from A conversation with D. Michael Coy - On The Blue Couch Podcast.]

The practice of EMDR therapy “not only desensitizes old memory material that didn’t get fully digested by the brain, it brings those things to some kind of adaptive resolution so that the brain and the person recognizes that whatever it was it really is in the past and it’s no longer bothersome.” (6:28-6:50)

EMDR therapy is “still strangely not very well known, it’s still considered kind of obscure, although I sometimes think it’s considered obscure by therapists that don’t understand it or think that it’s magic or something.” (7:53-8:14)

Using EMDR therapy to uncover past traumas: “[T]he therapist will try to identify with the client what the antecedents were... so try to figure out what do these symptoms and the triggers what are they connected to, what do they stem from… this usually leads back to something older that is sort of raw and unprocessed sitting in the nervous system waiting to get triggered. Once those sort of experiences are identified it’s almost like setting up pins in bowling and then figuring out how to strategically hit the pins so that you get the biggest bang for your buck... then the therapist and client determine which memories they’re going to reprocess first…” (15:56-17:09)

“PTSD is a sign of inflammation in the nervous system and so if there’s inflammation... I mean fevers are an inflammation, they’re a sign that the body is fighting something that has invaded. Well, there may be things hanging around in the nervous system, sensory information, that never fully got processed by the brain... that’s a way of thinking about inflammation too. So EMDR therapy could, it’s not magic, all it does is kickstart a process in the body and in the brain that is naturally occurring and so it can hypothetically be used for all sorts of psychological distress: depression, attachment related issues… borderline disorder, anxiety, what else? Complex PTSD… so it’s less about whether EMDR therapy will work so much as how facile is the practitioner in developing a plan for treating the interwoven knotted issues.” (21:40-23:30)

“I do want to point out that a red flag that any EMDR therapist needs to take into consideration is whether somebody is testifying in court or there’s a chance that they’ll need to testify whether it’s a criminal proceeding or in anyway going to be deposed to give evidence because memory changes when its not vivid anymore, trauma memory is held differently in the nervous system in the brain than ‘normal memory’ -- trauma memory is more vivid… it’s more vivid which means that you can remember more but it also means it hurts more. If someone needs to testify they probably need the strong emotion that goes along with that but if somebody isn't going to testify essentially your brain is hiccuping perpetually on this material that is stuck with... that ideally doesn't have to be. So reprocessing doesn’t mean that your memory is erased, it just means you’re going to have a different point of view on your experience, you won’t be trapped in it anymore.” (29:16-30:43)

In regards to other methods of bilateral stimulation in EMDR: “Any way that you can stimulate the right and left side of the body and brain, that would be eye movements, that would be taps, whether it’s physical taps on the knees or back of the hands, back and forth, or auditory tones… it starts to get complicated and technical and so you tell me how much you want to hear…” (32:11-33:50)

On the subject of EMDR research and practices: “Eye movements are really good if someone is experiencing intrusive images because the eye movements keep them out of the head. Also, if someone is very prone to be in their head in a very highly intellectualized way the eye movements actually prevent that from happening which is really lovely because people who are very analytical or highly critiquing of themselves or others the eye movements disrupt that and actually let the natural flow of information happen between the right and left sides of the brain…” (32:56-33:44)

Using tapping as part of EMDR therapy: “... if the therapist wants the client to be able to visualize... they want it to be more vivid, then sometimes people will close their eyes and let their imagination go, it’s almost like a stream of consciousness that’s happening, the taps are very good for that ...because your brain can be processing the information the therapist is tapping away.” (34:16-34:50)

Choosing a therapist based on licensure versus experience in complex trauma: “...the kinds of therapy that I do… the types of clients that I see… I do a lot of extra screening and assessment to make sure that when we actually start reprocessing memory material that things are gonna work the way that the box says it's supposed to. A lot of the clients that I work with require a lot of special preparation that may not involve the reprocessing phases of EMDR therapy.” (36:36-37:04)

“Many of the people that I work with... they just know that they feel miserable, they don’t know why... they may have a sense of some of the factors but I specifically assess and screen for a lot of different factors… so that we can make informed decisions together about what’s the right rabbit hole to go down first so to speak.” (39:29-40:00)