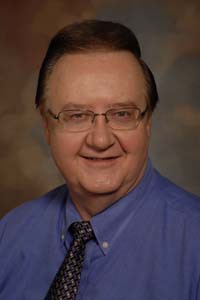 (photo from his advertisement on Psychology Today)

In his 1992 speech, "Hypnosis in MPD: Ritual Abuse," delivered at the Fourth Annual Eastern Regional Conference on Abuse and Multiple Personality Disorder (MPD), he claims that techniques used to program sexual abuse victims to repress their memories were brought to America by a Hasidic Jewish Nazi named Dr. Greenbaum. Hammond’s Greenbaum narrative has been incredibly influential to the delusions of the Satanic Ritual Abuse believers. A transcript of his “Greenbaum Speech,” which fully details the Ritual Abuse/Mind-Control conspiracy theory, can be read and heard in its entirety here.

Dr. Hammond stressed his own bravery in “coming forward” with his information – “Myself, as well as a few others that I’ve shared [this information] with, were hedging out of concern and out of personal threats and out of death threats. I finally decided to hell with them. If [the Satanists are] going to kill me, they’re going to kill me. It’s time to share more information with therapists.” [Applause]. He described a savage, blood-thirsty cult operating at the highest levels of society and in the United States Government. It is a cult that has converted millions into brain-washed sex slaves.

“My best guess is that the purpose of it [the satanists] is that they want an army of Manchurian candidates — tens of thousands of mental robots who will do prostitution, do child pornography, smuggle drugs, engage in international arms smuggling, do snuff films, all sorts of lucrative things and do their bidding. And eventually, the megalomaniacs at the top believe, [they will] create a satanic order that will rule the world.”

The details are eerily specific, and a good number of Conspiracy Theory’s usual suspects play a role. It’s like this: A secret U.S. military operation initiated immediately after World War II secretly recruited Nazi doctors (who were all, apparently, Satanists) to continue their sinister experiments in mind control. Today, Hammond explains, the head of the whole operation is a Jewish man who “is known to patients throughout the country.” His name is withheld, oddly, to protect the guilty.

The methods by which these Satanists achieve total subjugation of their slaves are also detailed. Prolonged torture, Demerol, and confusion techniques make a victim susceptible to re-programming: “[The victim] will hear weird, disorienting sounds in [one] ear while they see photic stimulation to drive the brain into a brainwave pattern with a pulsing light at a certain frequency not unlike the goggles that are now available through Sharper Image and some of those kinds of stores. Then, after a suitable period, when they’re in a certain brainwave state, they will begin programming, programming oriented to self-destruction and debasement of the person.”

This method of mind control sounds strangely similar to a hypnosis technique utilized by therapists versed in a communication protocol known as Neuro-Linguistic Programming (NLP). In NLP texts, a hypnosis technique is elaborated in which two therapists – one speaking mostly at random in one ear, while the other gives specific instructions into the other ear – confuse a subject’s conscious mind into “shutting down”, thus bringing the unconscious mind to the fore in a state of trance.1

With Hammond’s background in clinical hypnosis and, particularly, the subtle coercive communication techniques of Neuro-Linguistic Programming, an obvious question arises: Did Dr. Hammond simply make up the material in the Greenbaum Speech based on his own conception of plausible “brain-washing”2 techniques?

“That guy’s a legitimate nut-job…” a Floridian lawyer (who prefers to remain unnamed) drawled out in response to the question in a phone interview I conducted. He had taken a deposition from Dr. Hammond in the early 90s when engaging in a discovery process for charges of fraud leveled by one of Hammond’s former patients. “He wouldn’t face the camera during the deposition because he was afraid that the tape would fall into the hands of Satanists. So he sat in the corner facing the wall. He saw evidence of Satanism everywhere. Somebody was wearing a tie that made him suspicious that the guy was a Satanist.”

Dr. Hammond claims to have based his “findings” on information he had compiled from various patients in his care who had “recovered” memories of the abuse that Hammond had “come forward” to describe.

A common criticism that skeptics have put forward against cases of “recovered memories” of trauma is that the therapist often seems to be unwittingly “leading” the patient toward a preconceived notion. For instance, the question, “What color t-shirt was the man wearing?” presupposes a t-shirt over a button-up, sweater, or whatever else. If the person being asked isn’t attentive, he or she may then picture a t-shirt in a freshly created “false memory” without realizing that the idea was planted. Once believed, a False Memory becomes “fact” to whoever was implanted with it. Often, it is difficult to convince the person that their “memory” is indeed false.3

In the Greenbaum Speech, Hammond seems to be aware of the risks of leading. Addressing therapists, he specifically implores, “Do not lead [the patient].”

Eventually, many of the claims put forward by Dr. Hammond and his coterie of Repressed Memory Therapists were investigated by a Utah Task Force. 250,000 dollars later, the task force found nothing, and questions regarding Hammond’s credibility suddenly became quite pertinent.

While some of Hammond’s peers in the Repressed Memory movement appear to have mis-treated their patients with a far more damaging level of irresponsibility than Hammond ever achieved4 , Dr. Hammond is of peculiar interest to me specifically because of the Greenbaum Speech, and the fact that in the speech he implicated The Process Church:

Dr. Hammond mentions a “thick file in the Utah Department of Public Safety” that documents The Process’s activities within Utah as witnessed by covert law enforcement. The State of Utah knows of no such file5 . The interesting thing, of course, is that – in this instance – Dr. Hammond was right. By the time he had delivered the Greenbaum Speech, a collection of Processean luminaries had established an animal shelter in Utah. How did he know?

In an email exchange Dr. Hammond and I had in 2004, he replied to the question:

“A law enforcement officer in the state of Utah told me in about 1990 about them [the Process] having a complex in southern Utah and showed me aerial photographs that had been made of the complex. I’ve never heard anything since and really don’t know anything about them. I haven’t been associated with anything associated with cults in the past 12 years.”

Perhaps conveniently, Hammond could not remember the name of the law enforcement officer in question.

The good doctor’s new distance from the topic of Satanic Ritual Abuse follows a long series of litigation and accusations. Several Ritual Abuse therapists lost their licenses to practice after ruining the lives of their clients and their client’s families by instilling them with the belief that their own friends and relatives were part of a conspiracy to control their minds. Following these revelations of therapist quackery, I find myself wondering, Were some of the Ritual Abuse therapists willfully leading their patients? Were they, in effect, engaging in some form of the very coercion they decried? Was the Satanic Conspiracy a type of projection of their own cruel practices? Understandably, Dr. Hammond is reticent to comment on this episode of his career.

“I never really did cult research,” Hammond wrote to me, “but simply worked with some patients and consulted with other therapists who were working with them. By the latter part of 1992 I could see that it was becoming controversial and possibly an area of liability. It was exhausting, difficult work. Since it had never been more than a small part of my practice, I decided, why am I working this hard for the money when there are several other areas of specialty that I have where the work is much less gut-wrenching and the problems have a much more favorable prognosis than persons with extensive abuse histories?”

“Occult crime investigators”, still certain that there is an international satanic conspiracy, have assimilated Hammond’s cult research into their ever-growing mythology, thus making the Greenbaum Speech something of an underground, deeply-rooted, cultural false memory.

This email comes to you via your profile in Psychology Today's Therapy Directory.

Dear Dr. Hammond -- You may be familiar with some pieces I've written in which I am highly skeptical of claims of Satanic Abuse. It has been indicated to me that you yourself have come a long way to recognizing that errors of method may have led to conclusions stated in your Greenbaum Speech. If so, I think it could be very helpful if you were willing to elaborate on this, either in conversation, or by email, to clarify your position now. I think people are actively harmed by the false perception of an omnipresent evil, and I think you could possibly greatly help their situation. Please let me know if you might be willing to speak to me by phone, or address this topic via email for me to post online. Respectfully, Doug

This is an area in which I have not worked or consulted for 20 years.  No further comment.

Whether or not you've worked or consulted in this area in the past 20 years, your previous work is often invoked today and your Greenbaum Speech has proven central to a subculture of believers in a ubiquitous Satanic Cult threat. A recent book, 22 Faces, elaborates on the story of Dr. Greenbaum. If you realize that the narrative was constructed from anything other than objectively factual material, it is not enough to simply never speak of it again. To not allow for correction is to continue to actively harm those whose paranoia is piqued by the idea of a government-sponsored mind-control program. Maybe you do still stand by the narrative as you delivered it at that time, which itself is of interest, and it would be equally interesting to know what, if anything, has allowed you to retain your faith in this idea. However, if you no longer feel that the threat of Dr. Greenbaum's alleged mind-control program is a legitimate concern, your failure to address your previous position could only be seen as callous. Your honest position now is all I am looking for. Either way, I am not interested in trying to change your opinion. I would be perfectly happy to simply post your own statement, unedited and un-editorialized.

*********
1. The link describing Confusion Techniques above fails to mention induction by means of separate simultaneous auditory messages. A good book that details this technique, for practice by more than one therapist, is Handbook of Hypnotic Inductions by George Gafner and Sonja Benson
2. Some may wish to quibble here about what hypnosis is or is not capable of, or, indeed, if there is such a thing as hypnosis at all. I am aware of the criticisms and varied definitions of hypnosis. Note that I do not credit the technique Hammond outlines as an effective method of brain-washing. I merely state that this would appear to be his conception of a plausible brain-washing technique
3. This exact example quite possibly originates from some other source I have read in the past, but my memory has currently repressed its full recall
4. Most notably Dr. Bennett Braun
5. I called and asked