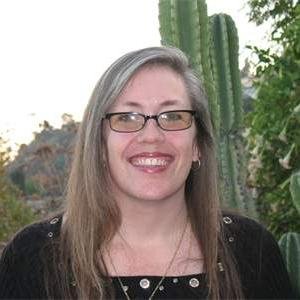 Founder and Director, Los Angeles Therapy Network (LATN). This practice does not accept insurance, allegedly because "We believe using your insurance harms you in the long run and undermines your treatment!" and "insurance companies won’t recognize the specialized therapies that we offer most of the time." The web site also states that they typically do not include a diagnosis on their bill of total monthly charges "for your protection." Who is being protected, and from what?

LATN also offers group therapy sessions. Normally this service wouldn't cause us to blink an eye, but in light of the alarming beliefs expressed below, we encourage you to read How Does A Conspiracy Therapist Practice? to understand why the following groups are potentially problematic:

"The terms ritual abuse and mind control (RA/MC) are used to describe a specific type of abuse. Typically survivors of ritual abuse and mind control have been severely tortured in bizarre ways since early childhood. There are many accounts of survivors being tortured as early as infancy. They are often used in child pornography, child prostitution, “snuff” films, and will be used to seek out other potential victims. Some children are taught military tactics to be used in black op operations or to fight future race wars that neo-Nazi groups believe will take place in the future. Ritual abuse survivors have typically been raised in multigenerational family cults that include Satanic, Pagan and Witchcraft cults. [...] Children raised in these cults are abused, tortured, forced to witness and participate in real or acted out murders, rapes, animal sacrifices and other orgiastic, blood-letting rituals. They are subjected to horror after horror by organized groups of people who conceal their beliefs and behaviors."

Addressing patients in a DID newsletter:

"I know it is a huge honor bestowed by you when you take that first step of hope, trust, and faith. when you reveal that you have several selves and reveal the extreme and typically bizarre abuse you have endured. It is terrifying and you risk a tremendous amount just in speaking the truth."

"I spent a lot of time learning about dissociative disorders. The more you learn about them the more you encounter the controversy surrounding them and the dark occults that can be affiliated with DID. But what most people don’t understand is that the dark occults where DID is often born, are deeply intertwined with underground organized crime. Criminals learned that severely traumatizing and drugging children can cause them to forget the crimes you involve them in. Further, using hypnosis and teaching them to have different personalities is a great way of hiding what they are experiencing in their criminal organizations. Children become child soldiers and human sex slaves. But then you can teach them to forget and have no awareness of these activities.

"They can go to school and interact with unsuspecting adults and other kids who won’t know what is going on when they are being used for criminal purposes. Children with DID have been used in drug smuggling, pornography, child prostitution, even spying and assassinations. Who would suspect an innocent child would be there to murder you? These children can be traumatized and shaped into free labor for organized crime. It is a horrifying reality that very few people know anything about. Unfortunately, small groups of various religious groups who practice occult magic rites, blood magic and sex magic specifically, learned how to create DID for the purpose of magical rites. Organized crime learned that they could use children trained in these cults for their own purposes. A lot of money is made using these children and human trafficking, which is far more than the use of people for sexual prostitution, is more prevalent in the United States than any other country. We are the ideal place for it – a rich country, discredited DID and occult magic cults publicly, with many organized crime groups in control of ports and major throughways to transport humans as needed or as demand grows for their use. If you report the activities to authorities, you will be discredited or disbelieved. It’s a perfect environment for a major cover-up of human slavery."

In her video talk on Trafficking and Cult Survivors:

"A lot of trafficking cases I've seen are of kids who grew up in their families and then like babysitters were involved in a cult and would kidnap them at night unbeknownst to the family... I've heard this over and over, actually. Teachers hurt kids, shocking them with sexual assault, rape, torture - torturing them into silence and then using them in trafficking and child prostitution while they were lived [sic] and housed at home. I've had a number of cases like that, I mean, a lot."

On the subject of "sandtray therapy"

"When you first do a sandtray, I ask you to chose figures and place them in the sand. You are allowed to add water to the sand to make it wet if you like, so that the sand is moldable. I encourage you to “allow the figures pick you,” and not to set out to make a specific picture, “just let what your psyche guide you.” It is a strange instruction I know, but when people get into the process, they quickly figure out what this instruction means. They find themselves drawn to certain figures, repelled by others and some they just don’t seem to see at all. As they arrange the figures in the sand, the magic begins to take place. A picture is formed; one that only the “sandplayer” truly knows about. Often a sandplayer doesn’t even have an idea of what he is making, he just lets his subconscious guide him and the end result is a very meaningful representation of what is happening just underneath the surface." (Why does this quote give us pause? See How Does A Conspiracy Therapist Practice?)

On her background and qualifications:

"My background in nursing has been uniquely beneficial to me in my career because I have a better understanding of the body and mind connection. Understanding the physicality of our being, and thus the importance to keep the needs of the body in mind when working with the human psyche is unique to me as a therapist. It inspired me to learn more about how the body holds trauma and how we can work through issues by using somatic techniques in addition to psychological techniques."

Describing her lecture for the Survivorship 2018 Ritual Abuse and Mind Control conference:

"By using bodily experience as a primary entry point in trauma therapy, rather than the events or the 'story,' we attend to how the body is processing information, and its interface with emotions and cognitive meaning-making. A Sensorimotor Psychotherapy approach is a useful tool in the work of treating survivors of ritual abuse, mind control and Dissociative Identity Disorder."