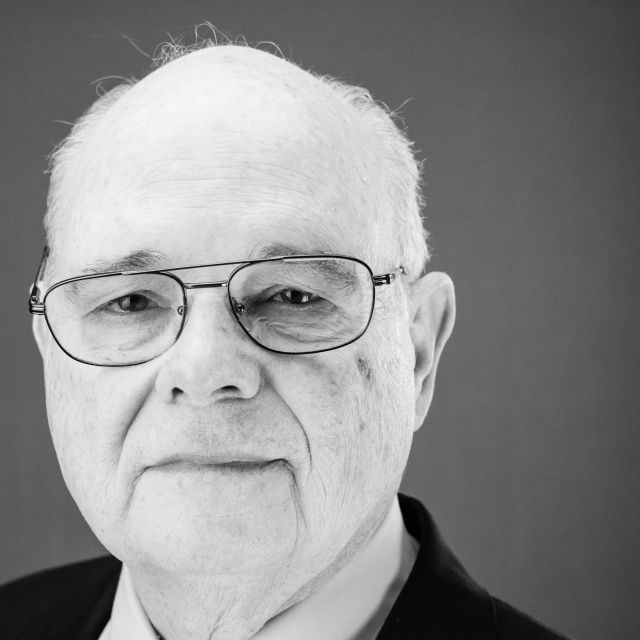 To be fair — when considering the “expert” qualifications of the perpetually panic-stricken Dr. Randy Noblitt — one should take into consideration that the man’s doctoral thesis was, in fact, a work of Astrology. However, in a career made notable for unsubstantiated hysterical claims involving a preternatural conspiracy of Satan’s minions, his dissertation upon the Celestial Concomitants of Human Behavior may possibly be the most lucid work in Dr. Noblitt’s unquestionably disreputable bibliography.

I feel it important to make note of his dubious beginnings so one might recognize that this tin-foil hat Torquemada never, at any point in his professional career, seems to have become unhinged… he never exhibited a firm grasp of reality to begin with. Thus, when reading the barrage of lunacy attributed to “Little Knob” below, the question isn’t: where did this professor of Clinical Psychology at Alliant University go wrong?, instead, the question should be: how is it that this man ever became a professor of Clinical Psychology at all? And, worse, How is it that his testimony, as a man of Science, was considered favorably in a situation where personal liberties were at stake?

In 1983, Noblitt was honorably discharged from the U.S. Airforce and started a private practice, The Center for Counseling and Psychological Services, PC, in a suburb of Dallas, Texas. Noblitt states that patients of his practice were revealing experiences of abuse from cult-like groups, mind control and ritual torture. He states that most of these patients met the criteria for a DID diagnosis.

In 1992, at the height of a social hysteria now commonly referred to as “the Satanic Panic”, Dr. Noblitt — believing he could disentangle the coercive subliminal sounds of secret demonic code within popular music, as well as decrypt the hidden meanings behind seemingly mundane occurrences — testified for the prosecution, as an “expert” in the field of “ritual abuse”, against one Fran and Dan Keller, a couple accused of engaging in child abuse at their home-based day care center. With no physical evidence to support the accusations (which included claims of graveyard rituals and medically undetected limb transplants) the couple was convicted on the most dubious of testimony. The children themselves — ignored when they claimed they were not abused at all (as happened even in testimony) — were led by coercive and incompetent interrogations to produce claims of abuse which are nearly impossible to credit. Noblitt’s own fantastical testimony, of course, was no more credible than Noblitt himself.

The Kellers sat in prison for 21 years before they were exonerated.

[Noblitt] stated in that interview that Dan Keller, while in court, used a mysterious hand signal to mind-control people within the courtroom. Further, he asserted that cults use severe torture on victims and that all memory of the torture is repressed. In a direct quote from this news article, Dr. Noblitt stated: “I believe they use a technique of mind control unknown in legitimate psychology. It’s akin to hypnosis, created through abuse…the state of shock is so severe that it sends the victim into a deep trance state. Then cult members use different signals or triggers…” to control the victims.

Dr. Harrington concluded: “His opinions have been scientifically discredited, and are not shared by the vast majority of clinicians and researchers within the field of psychology.” The letter, bearing signatures of support from various esteemed social and behavioral scientists, reveals a disturbing portrait of Dr. Noblitt as a delusional man obstinately oblivious to any and all facts that serve to disconfirm his paranoid theories. The letter is a damning indictment against the institutions that would recognize such a clearly problematic character for an “expert”. The letter further raises grave doubts regarding the credibility of Alliant University, where Dr. Noblitt serves on faculty, still purveying the irrational narrative of a long discredited, thoroughly debunked hysteria. In October 2012, Alliant International University sponsored an accredited continuing education program, Ritual Abuse: International Clinical Perspectives.

The Power of Suggestion: Video interviews of Frances Keller and psychology professor James Wood, by The Austin Chronicle

“The patient told me that if I did a certain accessing procedure on this other patient, that she would come out of the state. Now normally we don't take advice from other therapists about how to treat, I mean from other patients, about how to treat other patients but I knew this individual to be quite a reliable person and I had great personal trust in her… Well, I was told by the helpful patient that a helpful child altar would come out, and that's what happened. ”

“Some of you are familiar with that. Medieval occult concept. I think these really are alter personalities that in medieval times they knew you could create alter personalities, and so they gave him various names. They could be, a familiar could be an alter personality that you were creating. Now the lore was that they occupy different parts, or demons, occupy different parts of the body. So, it's my understanding that when, when programming occurs for some individuals, the dissociated states may have a sense- Obviously they're not located they're located in the mind, in the brain, but they may have a sense of being located somewhere else in the body.”

“It’s not unusual to find a patient that first presents with you, um, stories about an abusive home.  As you talk more they talk about maybe, other kinds of bizarre abuse where it looks like someone’s doing something deliberate, and then the robes come out, and then you may see Masonic garb, or they may report that, and so on, and so on, and so on. And this is not always the case, but I’ve found quite a few patients who do have this kind of organized structure inside.  This multiple different perpetrator groups. Not just multiple perpetrators, but multiple perpetrator groups. This would tie in with what you’ve heard today about the Illuminati for example. The Illuminati would be a structurally higher order cult.”

“What’s going to happen if you do a rotating touch in the palm of the hand?  What’s gonna happen? Have y’all ever done that? That’s what this seminar’s all about. Okay. The rotating touch can mean different things, again, depending upon the programming, but commonly the palm of the hand is a sexual access source. So, you may want to be careful about that too. Many therapists complain and feel uncomfortable about the fact that sometimes their patients seem to become sexually aroused in therapy, and many therapists equate it to the Oedipus complex, right? And maybe that’s true. But I believe many therapists are unwittingly accessing the sexual alters in other patients.”

“The mental image of being stuck with pins and having candy placed on the drops of blood certainly paints a bizarre picture for any modern, civilized person, but similar abuses are reported by individuals who say they have been ritually traumatized. The activity is often explained as programming in a ceremonial cult. Pins stuck into a child in an occult ritual are likely to cause the child to dissociate, to go into a trance. Candy placed on the child's wounds might be used to bring out a newly created alter identity, to define particular characteristics of that alter being programmed, or to direct the manner by which accessing that alter may occur. Later, the newly created alternate can be accessed or brought out by a cult member who simply provides the particular relevant signals (which could include the kind of candy used in the ritual and/or stimulation of that part of the body where the pins were inserted).” (p 124)

“Our conclusion is that the diagnosis of DID is a Western version of what has been known historically and anthropologically as possession.” (p xi)

“It's my belief that many, many years ago people learned that if you traumatize a person in a certain way you can create the god, the god that you worship, and so for that reason many early religions, many very old religions included trauma in their worship.”

An Empirical Look at the Ritual Abuse Controversy

[DID] is theorized to be the result of compartmentalized altered personality states in which each has its own agency, agenda, affective range, and self-concept and each serves a purpose

Cult and Ritual Abuse: Its History, Anthropology, and Recent Discovery in Contemporary America