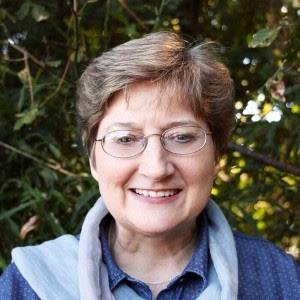 Kathy Steele is a psychotherapist, consultant, educator, and author in the field of trauma and dissociation, with a private practice in Atlanta, Georgia.

We can see that in her earlier authored works, she is quite open to speaking about organized ritualistic abuse and mind control. For example, in her article Sitting with the Shattered Soul from 1988, she wrote:

She also co-authored Guidelines for Treating Dissociative Identity Disorder in Adults, Third Revision in 2011 with many other well recognized conspiracy therapists. On page 55, Organized Abuse gets its own section, with the intro as follows:

A substantial minority of DID patients report sadistic, exploitive, and coercive abuse at the hands of organized groups. This type of organized abuse victimizes individuals through extreme control of their environments in childhood and frequently involves multiple perpetrators. It may be organized around the activities of pedophile networks, child pornography or child prostitution rings, various “religious” groups or cults, multigenerational family systems, and human trafficking/prostitution networks. Organized abuse frequently incorporates activities that are sexually perverse, horrifying, and sadistic and may involve coercing the child into witnessing or participating in the abuse of others. Because adequate parental care and nurturing is often protective against involvement in organized abuse, individuals brought up in orphanages or related institutions may be particularly vulnerable to repetitive abuse from multiple perpetrators.”

In Steele’s writings, you will find her using interesting vocabulary, such as “synthesizing” when referring to integrating traumatic memories and personalities. We can also discern from her writing that she does a lot of hypnotic memory work with her patients. For example, in her article The treatment of traumatic memories: Synthesis, realization, and integration on page 12, Steele writes “At the beginning of the synthesis session, the patient is guided into a state of intense concentration (i.e., hypnosis). Those alters who are required to synthesize their respective parts of the traumatic memory are brought forward, and others permitted to attend are also invited. By contrast, those who should withdraw are instructed to go to their safe places behind the pre-established protective barrier.” It is also troubling to see that Steele writes about altering memories using hypnosis on page 13 of the same article: “Sometimes realization of a traumatic event requires making the original trauma more acceptable (Janet, 1935). This can be done in two principal ways: either by changing the content of the traumatic memory itself, or by altering aspects of the already transformed narrative recall.

The first approach is called the substitution technique, and was originally developed by Janet (1889, 1898; cf. Van der Hart, Brown, & Van der Kolk, 1989; Van der Hart, Brown, & Turco, 1990). In it he suggested a completely different course to the original traumatic event. Thus, with his patient Marie, for whom the unanticipated first menstruation had been traumatic, he used hypnosis to regress her before it and gave her appropriate preparatory instruction. He then suggested that she would now "remember" her first menstruation as having occurred in a normal and painless way.”

Understand the Role of Hypnosis, Trance, and Trance Logic in Dissociative Parts

There are some caveats regarding the use of hypnosis with trauma survivors in general, particularly around recovering dissociative memories (e.g. Allen, 2001; D. Brown et al., 1998; ISSTD, 2011; Kluft, 1996b). Trance can enhance emotional intensity and blur the boundaries between fantasy and reality. Thus, the veracity of memories recalled under hypnosis have been called into question. However, there are examples of both accurate and false memories retrieved with these techniques. All memory is a representation, not an exact reconstruction of events, whether it is recalled under hypnosis or not. And as Allen has noted, "an individual with a complex history of childhood maltreatment has memories spanning all levels of accuracy" (2001, p. 134). It is not the modality of hypnosis itself that is problematic in the treatment of dissociative disorders but rather its application by those who have insufficient understanding of the nature of memory, trance phenomena, and suggestibility (ISSTD, 2011). In the hands of a careful and well-trained therapist, hypnosis is a wonderful and powerful adjunct in the treatment of dissociative disorders, and often underappreciated.”

The treatment of traumatic memories: Synthesis, realization, and integration

A Phase Model for the Treatment of Traumatic Memories

“In addition, in working with victims of childhood trauma and with dissociative disorders, the following strategies should be employed: (1) identification of alters and their respective conflicts; (2) development of a reasonable degree of internal communication and cooperation among alters; (3)containment of traumatic intrusion phenomena; (4) development of ego strength in the host personality, as well as in the various alters; and (5) development of self-care capacities, i.e., capacities to tolerate affects, to self-soothe, to tolerate aloneness, and to regulate self-loathing (McCann & Pearlman, 1990); and (6) the introduction and use of hypnosis. The latter is for the purpose of enabling the patient to develop control over dissociation, for containment and affect modulation, for creation of a safe psychological space, internal communication, symptom relief and/or substitution, and for management of other dissociative crises.

There are two important caveats regarding the application of hypnosis: (1) It must be implemented within the context of well-conducted psychotherapy and therefore should be used only by therapists with specialized training; and (2) particularly in the later phase of treatment, care should be taken to prevent the defensive use of trance to avoid painful issues.

“Traumatic memories do not usually emerge in a planned or controlled manner. They are often triggered by a reactivating stimulus. When the timing is not right for their synthesis, either in the overall course of treatment, or because the particular therapeutic session is too far advanced, these re-experiencing phenomena should be controlled or contained using any of the following techniques either alone or, still better, in combination: (1) identifying the reactivating stimulus and, when indicated, relating it to the original trauma; (2) removing the reactivating stimulus; (3) neutralizing the reactivating stimulus (involves teaching the patient to regard the trigger as belonging to two different contexts, the present neutral one and the past traumatic one, and helping the patient realize that the object itself holds no emotional charge); (4) promoting and emphasizing the safe present; (5) suggesting temporary amnesia for, or creating more mental distance from, the traumatic memory [for example, hypnotic interventions such as the movie screen technique, the use of adult observers, and the use of affective regulation techniques as described by Fine (1991) and Kluft (1989)]; (6) cue conditioning to help the patient return to the safe present (the patient can be trained to respond to a certain cue in returning to the present if he or she should get lost whilst reliving a traumatic memory); (7) screening traumatized alter personalities from the outside world; (8) introducing a co- or deputy therapist; and (9) medication and hospitalization as crisis intervention (Van der Hart & Friedman, 1992; Van der Hart et al., 1992).”

“Thus, in a case of sadistic sexual abuse by the father, a female patient's "father-alter" had first to acknowledge that this was the part other personality which, by identifying with the abuser, had helped her to survive the trauma”

“A century ago Delboeuf formulated this reactivation as follows: Using hypnosis the therapist "puts the subject back into the state in which his trouble manifested itself, and combats the same trouble with spoken words, but in a state of rebirth" (1889, p. 71; cf. Macmillan, 1991, p. 82).”

“While (re) experiencing the trauma, the patient enters an altered state of consciousness, and loses the sense of chronological time.”

“Sometimes the whole process must be repeated a number of times, so that all alters involved in the original traumatic event can make their respective contribution.”

“When a patient is re-experiencing a traumatic memory, it may be useful to hypnotically progress the time from the beginning of the memory, to the middle, to the end, and then ask the patient to move completely into the present.”

“Parts of the personality generally make a gradual move toward fusion with each other, becoming less distinct and autonomous as empathy, sharing, and more cooperative in daily life increases. There are several pathways to fusion following this gradual process: formal, planned fusion rituals, with or without hypnosis; spontaneous fusions immediately following synthesis; spontaneous fusions that occur outside of therapy; or gradual blendings of parts that become fusions naturalistically over time (e.g., Kluft, 1993b). Therapeutic work needs to continue to support these integrative steps, which may be disrupted by crises or the emergence of new traumatic memories.”