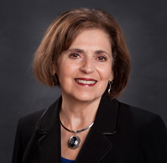 Excerpts from “Healing the Fractured Child”:

Foreword by Joyanna Silberg:  “Waters desensitizes the reader to the oddness or bizarre quality of dissociated selves in children by reference to classic child developmental literature.” (p. XI)

“…I learned so much from Richard Kluft in those early days…His deep understanding of the fractured mind and how to engage the client with various techniques are what I have adapted to children.” (Acknowledgments , p. XX)

“Just because infants do not have the ability to verbalize their experiences, their sensory connections are functioning even before birth. Infants are able to hear their mother’s voice and are influenced by their mother’s emotional state. In addition, the implicit memory system is always operating – calculating and tabulating sensory experiences. Infants do register emotional and physical pain. Although these memories may not be conscious, they are held in the implicit memory system and often manifest somatically and behaviorally.” (p. 7-8)

“Hinshaw-Fuselier et al. (1999) described 18-month-old fraternal twins, Bobby and Claire, whose dissociative symptoms were meticulously tracked. The twins were observed to have increased episodes of staring. Their trance-like episodes and freeze responses occurred multiple times a day, lasting from seconds to 2 to 3 minutes at a time.” (p. 94)

“We will need to teach children how to manage their emotions and in doing so, we will literally be rewiring their brain!...If the parents themselves struggle with dissociation, these explanations can help them better understand themselves and recognize that they also need to seek help so that they can be more effective with their child.” (p. 139)

“It is difficult to know what Rudy observed and experienced in the orphanage during the first 18 months of his life…But, based on Rudy’s disclosure, his invisible team was created to deal with his starvation and their solution was to kill humans and eat them.” (p. 192)

“While the child may be too young to talk about the trauma, an infant’s dissociated trauma can be processed with an attuned caregiver who can provide a script of the trauma (Lovett, 1999) and tell the child’s story in a loving manner while BLS (bilateral stimulation) is provided.” (p. 382)