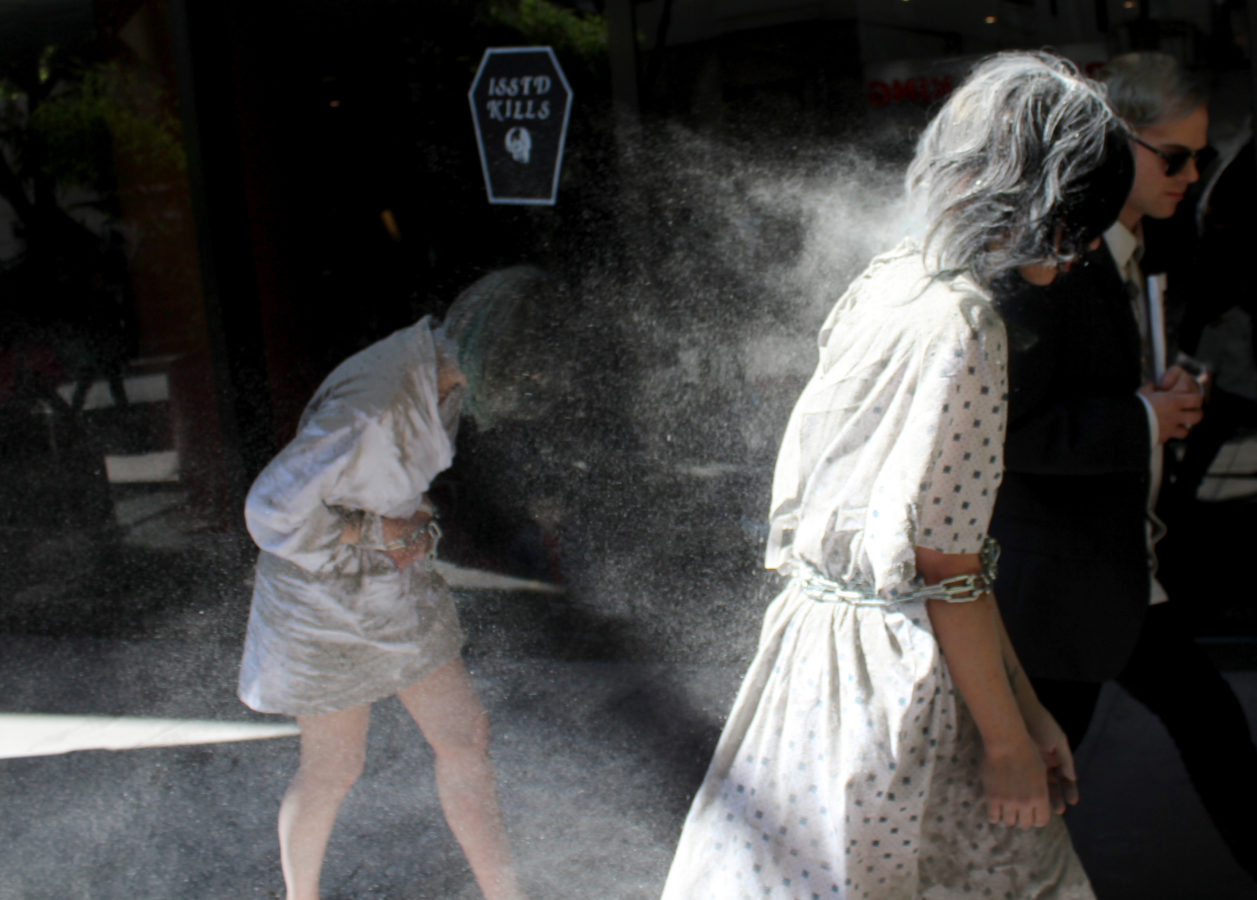 We are pleased to announce the inaugural Grey Faction conference, The World Congress on Moral Panics: Conspiracism and Pseudoscience in the Age of QAnon. The conference will be hosted on The Satanic Temple’s Virtual Headquarters. The illustrious architects of The Satanic Estate are building a second conference hall to serve as the venue for the inaugural conference, which will be held from April 9th to April 12th.

These dates coincide with the annual conference of the International Society for the Study of Trauma and Dissociation (ISSTD), an ostensibly-respectable mental health organization which in reality serves as a central hub for licensed mental health professionals to discuss bizarre and debunked QAnon-adjacent conspiracy theories of Satanic ritual abuse and Illuminati mind control.

SCHEDULE OF EVENTS (all times in EDT)

8pm – 9pm: How Disinformation and Conspiracies in America Affect BIPOCs and their Religious Identity with the Satanists of Color Coalition

All day: Satanic Panic Saturday – A Glimpse Into the Archive

2pm – 3pm: The Modern Satanic Panic in Europe with TST UK (pre-recorded with a live Q&A)

5pm – 6pm: The Taxil Hoax and the Making of Modern Religious Panic with Hadrian Flyte

Conference tickets, including a full pass and day passes, can be purchased here. For the most up to date information on the conference, please follow Grey Faction on Twitter and Facebook, as well as TSTVHQ on Twitter.