Dispatch from the Front Lines of The Modern Satanic Panic 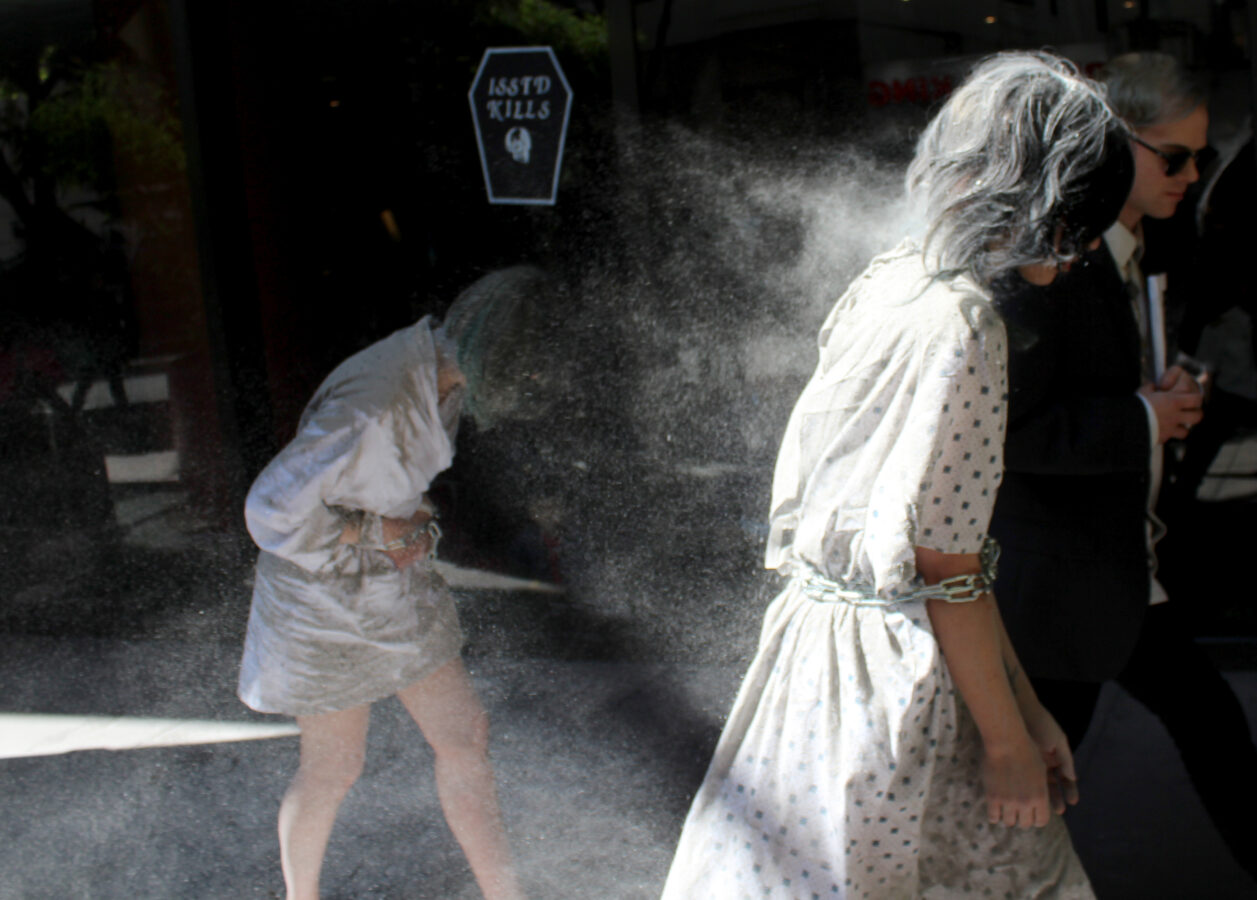 Satanic Panic lies wherever accusing one of “Satanism” is a stand-in for allegations of horrific acts. It’s also present whenever Satanic imagery provokes reflexive pearl-clutching, fear-mongering about the supposed decompensation of younger generations, and hysterics over society turning its back on the Christian god. This broad understanding of Satanic Panic brings several recent examples to mind, from QAnon-type allegations of political and Hollywood elites engaging in the ritual torture of children to conservative indignance over Satanic representation in a Lil Nas X music video. Indeed, the Satanic Panic is alive and well in 2021.

Grey Faction’s work focuses on a relatively small — but remarkably influential — sect of purveyors of anti-Satanist hysteria: mental health professionals. Ever since the publication of Michelle Remembers by psychiatrist Lawrence Pazder and his patient Michelle Smith, the contribution of licensed clinicians to the Satanic Panic has been readily apparent. In their venture to promote the notion that there exists an ever-present, worldwide Satanic cult the existence of which is present only in the repressed memories of their patients, they deliver presentations, publish ostensibly-academic journal articles, and write books that propagate this long-debunked narrative.

This rather ironic cabal represents the “academic” wing of the Satanic Panic, though many members can hardly be distinguished from frothy, fire and brimstone pastors dressed up in white lab coats wielding undeserved professional licenses. The conspiracy therapists — our term for licensed clinicians who promote the Satanic ritual abuse conspiracy theory and practice recovered memory therapy (the results of which serve as the conspiracy theory’s primary evidence) — have been operating for decades, and show no immediate sign of relenting. They have, however, faced some recent setbacks, in part due to our work.

In May 2020, the annual conference held by Survivorship — an organization run by conspiracy therapist Neil Brick who claims to have been a brainwashed supersoldier for the Freemasons/Illuminati — was dropped by their continuing education (CE) sponsor in response to our complaint. This meant that the clinician-oriented portion of the conference did not qualify for CE credit, a requisite for licensure renewal and major draw of attendees. This was the first time, to our knowledge, that the Survivorship conference was unable to confer CE credit.

Later in the year, CE Learning, the CE sponsor of the International Society for the Study of Trauma and Dissociation (ISSTD) — an organization functioning as the nucleus of the Satanic Panic in mental health — informed the ISSTD that they would no longer approve for CE credit presentations which refer to “mind control.” This was a blow to the ISSTD’s echo chamber of conspiracism.

Desperate to maintain their facade of scientific legitimacy, the ISSTD Board of Directors unilaterally declared that the organization’s Ritual Abuse, Mind Control, and Organized Abuse Special Interest Group would be renamed the Organized and Extreme Abuse Special Interest Group. The Board informed members of the group’s new name along with the new rules for presentations — much to the chagrin of the ISSTD’s conspiracist base. They expressed feelings of marginalization and vulnerability; they knew these changes were a result of our work. We gladly pronounce ourselves guilty as charged for assisting to rid conspiracism from the mental health profession.

In early 2021, following our exposure of the propagation of unchecked, unhinged conspiracy theories within the ISSTD’s internal forum, we alerted CE Learning to forum posts announcing the new CE guidelines may be circumvented by ISSTD members by removing references to “mind control” and “ritual abuse” from the title and abstract of presentations, but not from the presentations themselves. CE Learning is concerned by such deception, and informed us that they would perform an audit on the ISSTD conference. Perhaps not coincidentally, the ISSTD conference in April featured markedly fewer of the known conspiracy therapists.

Indeed, the most likely scenario for genuine change is that the ISSTD continues to comply with regulatory requirements to avoid shutting down, knowing full well that we will catch them if they slip up. Eventually, the bizarre conspiracy theories will subside markedly.

We should be cautious about being overly optimistic, however. We are making headway in eliminating the propagation of Satanic ritual abuse hysteria in accredited seminars, but this is just one facet of our project. The other, equally important branch concerns stripping licenses from conspiracy therapists. We have had some success in this area, but licensing boards are by and large asleep at the wheel when it comes to protecting the public. Instead of ensuring the safety and wellbeing of patients, they serve the interests of licensees. Accordingly, most complaints go uninvestigated, even when serious wrongdoing is alleged. Even when a licensing board does hold a malpracticing therapist accountable, they often manage to set up shop elsewhere with a clean slate.

Meanwhile, brave former patients continue to seek justice by suing their ex-therapist on the grounds that they implanted false memories and engaged in other forms of malpractice; these lawsuits often result in settlements between the complainant and the therapist’s insurance provider, however, and typically prevent the complainant from speaking out about their experience. As a result, scores of horrific accounts of conspiracy therapy go untold, victims of bad therapy suffer alone, and dangerous therapists remain in practice.

This age of the conspiracy theory has brought with it an anti-conspiracist consciousness. Disinformation surrounding the covid-19 pandemic, continued mass shootings inspired by paranoid delusions festering in the bowels of the internet, and the insurrection of January 6th — driven in no small part by QAnon — have forced Americans to confront the harm conspiracy theories inflict. We are enduring a moment not only of peak conspiracy theory, but also of resistance to its intellectual and moral vacuity.

This year, we held our own conference to correspond with the ISSTD’s. The interest was overwhelming. We sold hundreds of tickets for a program of numerous events featuring prominent speakers with expertise in QAnon, right-wing extremism, false memories, and all things Satanic Panic. Several invited speakers expressed regret that they could not participate, but encouraged us to keep them in mind for next time. Accordingly, the list of speakers for the 2022 conference is well underway.

This newfound recognition of the dangers of unchecked conspiracism, along with our progress in ensuring CE-accredited presentations abide by professional standards, are encouraging developments. But the Satanic Panic continues. So let’s take stock, mark our achievements on the wall, and get back to work.