The Name is Ellen Lacter 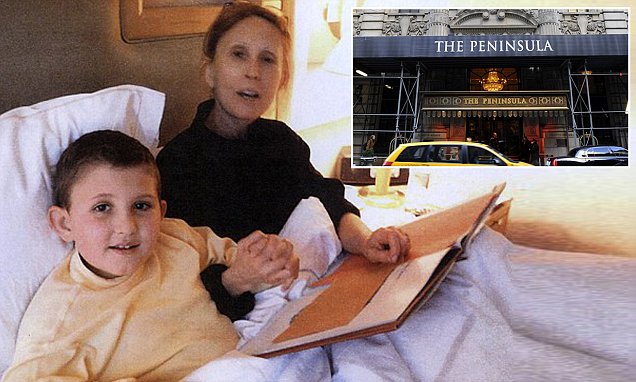 Earlier this year, we sent a complaint to the American Psychological Association (APA) regarding the International Society for the Study of Trauma and Dissociation’s (ISSTD) annual conference, at which attendees can obtain APA-approved continuing education units for listening to speakers spout dangerous conspiracy theories relating to the causes of mental illness, Satanic cult abuse, and CIA mind control plots.

In the complaint, we spelled out the ISSTD’s foundation in Satanic Panic hysteria, arguing that by recognizing the conference’s continuing education units the APA is effectively putting their stamp of approval on the harmful claims propagated there — claims that all but a fringe of the field has moved on from.

We also sent the letter to other organizations that approved the continuing education units, including the New York State Education Department (NYSED), which oversees the licensing boards meant to police the relevant mental health professions.

Given that the NYSED is a government agency (unlike the APA), we were able to gain some insight into how our complaint was handled. Following the conference, we filed a public records request for all correspondence relating to our complaint.

In the documents we received in response, we learned that a representative of the NYSED’s social work board reached out to CE Learning Systems, LLC, the NYSED-approved provider of continuing education units, which sponsors the ISSTD’s annual conferences (p. 4). As a result of the arrangement between CE Learning and the ISSTD, the former is responsible for the courses offered at the latter’s annual conferences.

David Hamilton, the representative of the social work board, requested from CE Learning several documents, including the syllabi of each course at the conference and the curriculum vitae of each speaker.

In response, along with providing the requested documents, Tyler Gibson of CE Learning mused about the origin of the complaint, suspecting our involvement. Demonstrating CE Learning’s subservience to the ISSTD — an organization which they are supposed to be overseeing — Gibson, unprompted, inserted in his email a statement from the ISSTD (p. 6; emphasis added):

The Grey Faction of the Satanic Temple is a nontheistic religious organization that focuses on protesting what they deem as “Pseudoscience” and combatting [sic] what they call the “Satanic Panic” of the 1990s. The group believes that dissociative disorders are caused by therapy, and not a response to repeated trauma, as has been proven by extensive research. A number of years ago an ISSTD member who is part of one of our Special Interest Groups that focuses on Ritual and Organized Abuse briefly consulted on a case which ended in tragedy. The mother in this case was concerned about her autistic son, and eventually took her sons [sic] life in an effort to protect him from perceived threats. The ISSTD member never treated the child, but provided some resources for the mother related to organized and ritualistic abuse based on the mother’s concerns. The Grey Faction latched on to this case and began protesting the ISSTD in 2016, alleging malpractice and a number of other false accusations. Since 2016, they have protested each year at the ISSTD Annual Conference, even going so far as to sneak into the exhibit hall to plant paraphernalia in the Conference Bookstore in 2017. In 2018, a member of the group managed to attend the conference [sic] In 2019, they ramped up their protests on social media, primarily twitter, and a number of chapters of the Satanic Temple conducted what they call “Destruction Rituals” to symbolically destroy the ISSTD. The group and its founder, Doug Messner/Misick [sic] aka Lucien Greaves, consistently make false allegations and attempt to promote the organization through various protests throughout the country, including suing Netflix for copyright infringement over a statue of a demon. They are a nuisance group mostly focused on self promotion and chaos.

It’s quite an entertaining quote, to be sure, but what sticks out is the vagueness of the first statement in bold above.

The ISSTD member referenced is, of course, Ellen Lacter.

As we’ve covered previously, Lacter did nothing to prevent the mother — Gigi Jordan — from killing her son, Jude Mirra. We also knew that Jordan contacted Lacter after reading Lacter’s website and coming to believe that the “ritual abuse” described therein could explain Jude’s autism.

What we didn’t know, and which the ISSTD ineptly revealed in this statement, is that Lacter “provided some resources for the mother related to organized and ritualistic abuse based on the mother’s concerns.”

In other words, not only did Lacter not do anything to allay Jordan’s homicidal delusions, but may have contributed to them by providing these “resources” on “ritual abuse.” A competent therapist would have 1) validated the immense distress Jordan’s delusions caused while refraining from offering any words or statements that could appear to express belief in Jordan’s improbably claims of Satanic ritual abuse, and 2) acted to rescue Jude from his mother, who presented a clear danger to Jude’s well-being.

A seemingly intentional omission, the statement does not mention Lacter by name, only “an ISSTD member.” Why not?

Perhaps it’s because attached to the email containing this statement were the requested syllabi, one of them for a session entitled “Treatment Strategies to Overcome Suicidality in Victims of Ritual Abuse” presented by none other than Ellen Lacter herself (p. 41). Perhaps the ISSTD knew that naming her in the description of the controversy would invite undesired scrutiny to her presentation.

The ISSTD’s reticence is understandable. The death of 8-year-old Jude Mirra provides a stark reminder of the consequences of dabbling in dangerous conspiracy theories relating to the causes of mental illness. And we won’t stop reminding the ISSTD and Ellen Lacter of their complicity in such tragedies until the possibility of their recurrence is extinguished.