Peterson, J. (1972). A study of the effects of social and prosocial status on sharing. (Electronic Thesis or Dissertation). Retrieved from https://etd.ohiolink.edu/ 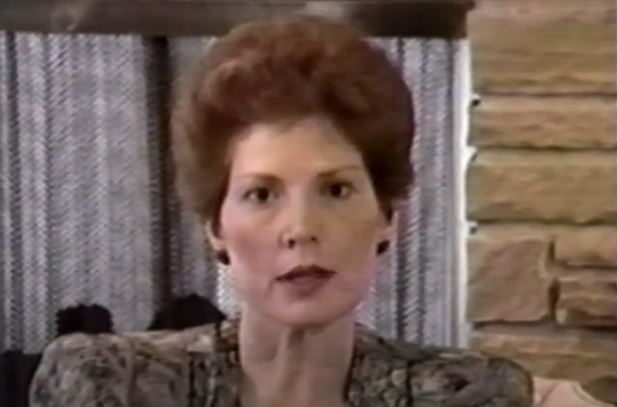 1993-54106 -Abney, Lucy, Individually and as Next Friend of KG, a minor, and Smiley, Catherine and Abney, L.T. vs Metro National Corporation, Judith H. Peterson and Richard E. Seward

NOTE: This list includes cases in which Peterson was either the plaintiff or the defendant, not cases in which she appeared only as an expert witness. In cases where a hospital is listed as defendant, Peterson is named as co-defendant.

According to The National Psychologist, an independent publication for therapists, clinicians, and psychologists, Judith Peterson has the dubious honor of being the first psychologist to be charged criminally in a recovered memory case. Peterson was party to numerous civil suits as well, with complaints against her, along with her cross-complaints and defamation suits, ranging the entirety of the 1990s.

The sheer number (and sometimes length) of court documents surrounding the Peterson lawsuits is staggering, and with them a sinister pattern seems to emerge:

A Litany of Harm

Though this is an ostensibly an overview of Judith Peterson and her practice of absurd conspiracy-centered “therapy,” it is important to remember that there was a devastating human cost to her techniques and practices. Judith Peterson’s version of professional care, along with her apparent inability to discern reality from delusion (see Dr. Greaves’s consult, page 7), robbed children of their childhoods and caused irrevocable harm to familial relationships. The victims are named in legal documents, but their names will not appear in this accounting.

A 13-year-old honor roll student asked her therapists, “Will I ever see Mom again?”

It seems possible that Judith Peterson did not believe her own bullshit. In the opening statement of the criminal case, prosecuting attorney Larry Eastepp detailed how a patient under Peterson’s care at Spring Shadows Glen, a thirteen-year-old girl, had undergone a pelvic exam as ordered by Peterson’s colleague to detect sexual trauma and pregnancy. The exam showed evidence of neither. Though Peterson and her colleagues had already received these results both as a signed document and a phone call from the physician, they still had an intensely traumatic session with this child to process a rape perpetrated against her by two men in black robes while she was undergoing electrical shock torture on a table created for this purpose as her mother looked on and allowed it—a rape they knew had never taken place. Peterson’s notes reference the patient’s “angry parts,” or alters, and indicate that the session was very good and “physical.”

A man was accused of sexually abusing his family in the name of a Satanic cult.

His insurance policy included “unlimited lifetime benefits for in-patient psychiatric treatment.” When his older stepdaughter expressed suicidal ideation, he and his wife took her to counseling and eventually sought treatment for her through hospitalization at Spring Shadows Glen. His wife and stepdaughters stated that while under Peterson’s treatment they came to believe that they were cult members who suffered from multiple personality disorder -- and that he was a high-ranking cult member who “programmed” his family and sexually abused them. In order to see his family, Peterson and her colleagues required him to travel to Chicago for psychological testing at the hands of Bennett Braun and Roberta Sachs. He alleged that when he cancelled his health insurance in an attempt to free his family from the hospital employing Peterson, the hospital committed an act of fraud by paying the monthly premiums to preserve the family’s coverage.

She was admitted to the Dissociative Disorders Unit of Spring Shadows Glen at the same time as her thirteen-year-old daughter and allegedly told that if she were to leave, she would die at the hand of the cult or by the suicide of one of her alters. In her statement, she recounts how her therapist, Peterson, claimed that her colleagues in Chicago were wrong in their determination that her husband was not involved in any cult abuse, and that he was a sociopath who interfered with her and her two daughters’ treatment.

A mother of three was hospitalized for three years, accused of cannibalism and rape.

When her relationship with her teenage daughter became strained, she sought family therapy with Judith Peterson. At Peterson’s suggestion, she began individual therapy as well, and almost immediately her mental health began to deteriorate. She had “recovered” memories of sexual abuse and was admitted to Gulf Pines Hospital. Peterson, who continued her treatment, described her as highly hypnotizable. During the course of a hospital stay she described as “incarceration,” she stated that Peterson and the other therapists relentlessly badgered her, repeating that she and her daughters were members of a transgenerational Satanic cult and that her acceptance of this was essential to her recovery. Her diagnosis was multiple personality disorder, and she recalled receiving books, including Michelle Remembers, from Peterson, upon whom she had developed total dependence. She characterized her treatment as being kept under “continual hypnosis” and on “tremendous medication,” while Peterson directed her constantly to “work on memories” and write them in a journal, threatening to kick her out of the hospital and put her “on the curb” for the cult to retrieve for torture if she refused. She described how daily therapy sessions often included nine-point restraints, which her treatment team left her in for up to twelve hours at a time. When she entered the hospital, she had a husband, children, a house, and a quiet, middle-class life—all of which she had lost by the time she was released.

A man was accused of molesting his son after his wife and children were hospitalized.

He worked and parented three children while his wife was hospitalized repeatedly and eventually checked his children into hospitals, one by one, on Peterson’s recommendation. Even though he struggled with ongoing skepticism, fear that his children might come to harm overrode his doubts, and he continued to follow the advice of Peterson, a trusted professional. According to his claims, Peterson exerted constant pressure on him to accept his wife’s escalating claims of extreme Satanic ritual abuse. His relationship with his children was left in ruins, and his marriage ended.

A teenager went to a family meeting and spent the rest of high school in the psych ward.

She was sixteen, a good student who participated in extracurricular activities. Like her mother, her therapist was Judith Peterson and her diagnosis was multiple personality disorder. Also like her mother, her care team told her she was part of a transgenerational Satanic cult. She was cut off from her family and friends, and alleges Peterson told her she had murdered babies and had been sexually abused by her parents.

A college senior vomited when he was told he was a rapist and murderer.

His father and uncle showed up at the house he shared with his roommate and pleaded with him to drive back to his hometown to help his sister, who was in crisis. Despite his classes and new internship, he drove to Spring Shadows Glen, where his sister had been recently admitted. Doctors at the hospital showed him a video in which his sister begged him to admit himself and accept treatment. Bewildered and under pressure from everyone in the room, he signed admission papers. In the hospital, he began lengthy sessions where, he alleged, Judith Peterson showed him hours of footage of his sister’s treatment sessions. In these sessions, he claimed, Peterson prompted his sister to detail horrific abuse she had endured. Peterson, he described, informed him that he and his maternal family were members of a Satanic cult with deep “programming” and that they had participated in animal and human sacrifices, the drugging and raping of his entire family, dealing drugs for the cult, and pimping his sister. He also stated that Peterson urged him to begin treatment before he was no longer covered by his father’s insurance. Though greatly affected by what he had seen and heard in the hospital, he signed himself out and returned to school where he asked his friends to watch him for signs that he had been “activated” by the cult.

“Let yourselves fall down, layer after layer. Deeper and deeper. Down into the subconscious. Sometimes people fall in circles, spiraling. And let me see ‘no.’ And I would like to ask the fingers if there are parts that have trouble telling the truth.”

“You had to make him best, didn't you? The best in everything. So sometimes that's best cock sucker, isn't it?”

“Stimulating the animal means sucking on the dog. And licking the dogs' penis. Is that right? Let's talk about what it is that I hear from people about what children that age do in the cult. They're trained by monkeys by then, aren't they? Come on. Let's use real words with each other.”

“More of the severe memories are locked away in a chest and I have the key.”

“In regard to her behavior during her sixteen weeks of hospitalization, she was extremely depressed throughout this time. In addition, at various times, she had aberrations that were leftovers from what she had experienced during hypnosis. Most of these physical sensations were able to be cleared up by going back through the memory under trance and removing those through hypnosis.”