Member and Training Supervisor at The John Bowlby Centre 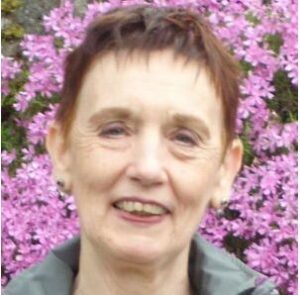 Why She’s On Our Radar

Presenting at the ESTD 2019 Conference, Sue Richardson’s presentation Perpetrator- imitating personalities: A framework for understanding & practice offers an alarming insight into her beliefs as she describes various “perpetrator personalities,” evil parts of a so-called fragmented self that present externally to perform various Satanic rituals and crime. According to her, these personalities can be anything-- even taking the form of a demon or robot.

In her own words:

“I began to see the potential signiﬁcance in what some of my clients drew, such as an all-seeing eye or an inverted crucifix, or spoke of, such as memories of robed figures and chanting. One of these clients had a vivid implicit memory of what presented as ritual abuse ceremonies, which she was able to draw very clearly but without any conscious memory of them at all.”

“In this case, professionals were at ﬁrst commended by the High Court for protecting a group of children from sadistic abuse, but were subsequently derided in the media and elsewhere for believing the children’s further disclosures, which were replete with indicators of satanic ritual abuse.These colleagues drew attention to the possible signiﬁcance of some of the drawings published in our account of Cleveland’s children. For example, a child who was seen by a clinical psychologist drew her abuser dressed as a devil figure (Richardson & Bacon, 1991, p. 117). While it has never been established whether or not this child or any of the children in Cleveland had suffered ritual abuse, some professionals are now of the opinion that this may have been a factor in the crisis.”

“Perpetrators are experts in attachment theory and know only too well how to subvert the biologically based code to facilitate abuse. In ritual abuse, mind control, and organised abuse (RAMCOA) victims are severely traumatized by the use of torture and other methods such as hypnosis to deliberately engender dissociation.”

“Perpetrators may attempt to induce fear in us, most often via the client passing on alleged threats to the therapist’s safety, or by threatening to make a complaint. There are indications that as therapists get better at working with RAMCOA, complaints against therapists and supervisors at the instigation of perpetrators are becoming part of this phenomenon.”