What Did Elizabeth Loftus Actually Say? 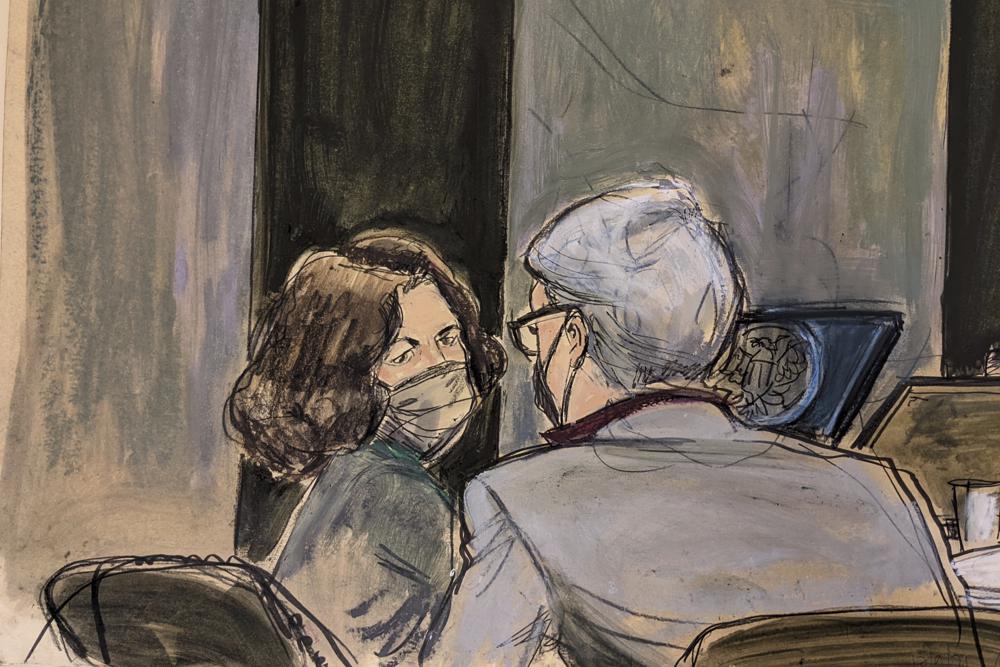 Just before the new year, Ghislaine Maxwell — Jeffrey Epstein’s chief accomplice and former girlfriend — was found guilty on five of six charges related to sex trafficking. She may spend the rest of her life in prison. The trial had the potential to answer many lingering questions about Epstein, his operation, and who was — or was not — involved, but the government’s narrow focus hardly filled in any blanks. Some are saying this may be the end of the road in terms of obtaining substantive answers.

But before the jury reached their verdict, and before Maxwell’s counsel presented their case, many people were outraged that Dr. Elizabeth Loftus, a psychological scientist who studies false memory, was retained as an expert witness by the defense. Not only were they outraged that the defense would argue that Epstein’s and Maxwell’s victims were afflicted by false memories of abuse, they were also outraged that Loftus would, allegedly, serve as a mere mouthpiece for such claims. For some examples, check the replies to this tweet. One response reads, in part: “Loftus will be allowed to abuse the actual victims and accuse them of false memory.”

Whatever one may think of the defense’s argument that those abused by Epstein and Maxwell were misremembering — or inventing — their victimization, it is unfair to ascribe such views to an expert witness that has not yet testified. Of course, there are expert witnesses that do tend to merely parrot whatever it is the attorneys that hired them would like them to say, but drawing such conclusions requires a careful examination of their testimony. So let’s take a look at what Loftus actually said.

Under direct examination by the defense, Loftus explained some basic facts about memory. She described how memory does not work like a video recorder — that is, information stored into memory is an imperfect representation of the events that occurred and is reconstructed (rather than replayed) each time it is recalled. She layed out the three stages of memory: acquisition (information is encoded in memory as the events take place), retention (the memory is stored in the brain), and retrieval (the memory is recalled).

Loftus described some factors that can affect memory at all three stages. During acquisition, the encoding of information into memory may be negatively impacted if the person is distracted or on drugs, to take just two examples. She also explained how stored memories can be contaminated by others, including the media, and also ourselves. She drew not only on her own research but also on the work of her colleagues to argue that people commonly misremember things if misinformation is provided to them following the event. She provided examples from the lab, including a study in which participants were given a suggestion that a car in a video they watched was blue rather than green. Loftus also testified that the possibility for such post-event suggestion contaminating memories rises as time goes on. She indicated that the source of information matters — for example, a suggestion from a source we deem trustworthy may exert a greater effect than a source we do not trust. Loftus specifically called out recovered memory therapy as a scenario in which events are suggested to people which did not occur — though, importantly, there’s no claim from the defense that Maxwell’s and Epstein’s victims underwent such a form of therapy.

Loftus explained several additional factors that can influence memory: the use of specific, biased questions during an interrogation; labeling (an ambiguous event given a certain label will be remembered as being consistent with that label); confidence malleability (information that seems to confirm a false memory will strengthen our confidence in that memory); and prestige-enhancing memory distortions (we remember ourselves better than we were). Underscoring just how powerful these influences can be, Loftus testified that false memories may contain vivid details, that we may be remarkably confident in the veracity of memories that are nonetheless false, and that rich false memories — events that never took place at all — have been implanted in study participants. Examples of the latter cited by Loftus include being attacked by an animal, suffering a serious accident, nearly drowning, and being investigated by the police for a crime.

Asked by the defense, Loftus reported that she was not aware of studies examining the influence of stress at the time of memory retrieval (rather than at the time of memory acquisition). She also indicated that she’s not familiar with any research looking at the influence of monetary gain on propensity for false memories, but stated that she finds such an effect to be plausible. Perhaps most pertinent to the case, Loftus testified that traumatic experiences may be better remembered than non-traumatic events, but that does not preclude the possibility of post-event distortions in memory for traumatic events as well.

Under cross-examination, the prosecution focused on Loftus’ history of testifying in trials almost exclusively for the defense, suggesting to her that such a habit has made her rich. Loftus explained that she has been retained by both sides as a consultant on numerous cases, but has been called to testify at trial by the prosecution in just one case. She explained how the concept of false memories isn’t typically helpful to the prosecution but can be helpful for the defense, hence the discrepancy. The prosecution brought up a sentence from one of Loftus’ books, Witness for the Defense, in which she argued that psychologists in court should both advocate for the defense and serve as impartial educators. Loftus tried unsuccessfully to explain that the statement required context. The prosecution then brought up the Harvey Weinstein trial and other cases that involved Loftus testifying for the defense before the judge admonished them for “trying to associate her with other people who have bad reputations” as a means of discrediting her in the eyes of the jury.

Like the defense, the prosecution also asked Loftus about several experiments. They discussed a study in which participants were made to believe they met Bugs Bunny at Disney — an unlikely occurrence since Bugs Bunny is not a Disney character. The prosecution brought up a study in which more than one fact was changed in suggestions to participants — the color of a car and the color of a jacket. Some participants were fooled by one of the suggestions, but none was fooled by both. They then briefly discussed Loftus’ famous Lost in the Mall study, in which some participants were convinced that they had been lost in a mall as children even though their parents reported no such incident.

Loftus agreed with the prosecution that participants in experiments do not tend to fall for blatantly contradictory suggestions. They then went over the findings of a study by Kathy Pezdek, in which 20 subjects were given one true memory and two false memories — in particular, undergoing a rectal enema and being lost in a mall as a child. Three participants were convinced that they had been lost in the mall, but no participant was convinced that they had the enema.

On redirect, the defense had Loftus explain that a study that involved committing sexual assault would be prohibited by any human subjects review board.

The paragraphs above capture the substance of Loftus’ testimony. The defense didn’t ask if Loftus believes Annie Farmer or any other victims are suffering from false memories, contrary to the presumptions of armchair legal experts. Instead, they had Loftus explain the basics of memory and the scientific research that shows it’s not as reliable as we might wish it to be. They hardly even discussed memory and trauma at all — and when they did, Loftus testified that memory for traumatic events is likely better than memory for non-traumatic events. Loftus also did not exactly say what the defense wanted her to when they asked about memory retrieval under stress or the potential effect of monetary gain in producing false memories. In summary, nothing Loftus said confirmed the predictions that she’d claim the victims were imagining their abuse. In fact, Loftus’ testimony was characterized by some as a “swing and a miss” for the defense.

There was also very little disagreement between Loftus and the prosecution. After attempting to characterize her as someone that enriches herself by testifying in defense of horrid characters like Harvey Weinstein, the prosecution, like the defense, simply reviewed with Loftus the findings of several studies. There was no substantive dispute between Loftus and the prosecution in interpreting the scientific findings of the discussed experiments. While the defense attempted to use Loftus to instill doubt among the jury that victim testimony should be trusted, the prosecution made the point that Loftus has not conducted any studies that manipulated sexual assault in participants (again, this would be prohibited by ethics), suggesting to the jury that Loftus’ testimony regarding false memories may not apply to cases of sexual assault.

The arguments made by the defense, like the tactics employed by the prosecution, should surprise no one who has followed the false memory debate into the courtroom. Regardless, outrage at the predicted statements of expert witnesses accomplishes precisely nothing without an examination of the testimony itself.

To conspiracy therapists and their allies, Loftus is the devil. In their eyes, Loftus enjoys “protecting” perpetrators by discussing the science of memory as an expert witness. Instead of scrutinizing her testimony and disputing the science as she explains it, they merely list the unsavory figures whose legal teams have called upon Loftus to testify, attempting the same guilt-by-association tactic deployed by the prosecution in the present case before the judge demanded that they stop.

Loftus did her job as an expert witness, deftly sticking to the science under pressure. Both the defense and the prosecution used — or attempted to use — their line of questioning to support their arguments and rebuttals. In the end, Loftus provided the service expected of an expert witness: educate the jury on matters pertinent to the present case. Of course, to those for whom the science of memory is an inconvenience to be ignored and dismissed, Maxwell is just another name to add to the list of Loftus’ unsavory “associates,” to be trotted out the next time Loftus ignores the critics and once again provides a public service in the courtroom.